Photos Of Actor, Idris Elba Stepping Out For First Time After Recovering From Coronavirus


Idris was spotted enjoying a walk near his home on Saturday after he and wife Sabrina returned from self-isolating in New Mexico. 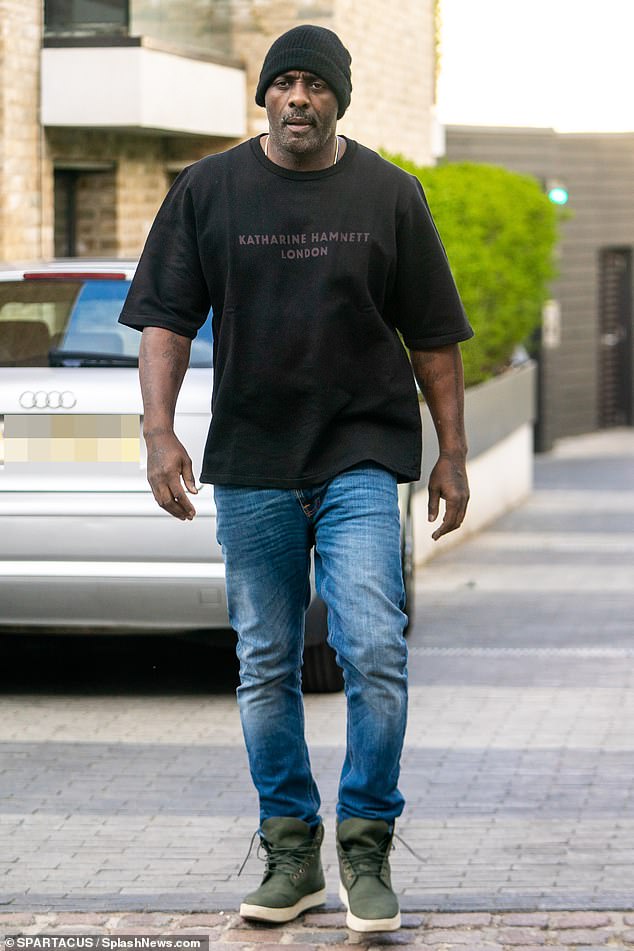 Back on home turf: Idris Elba was seen for first time since recovering from coronavirus as he strolled through London on Saturday after returning home from New Mexico

Idris Elba has been seen in London for the first time since recovering from his battle with coronavirus.

The 47-year-old, along with his wife Sabrina Dhowre Elba, 30, tested positive for a 'very mild' strain of the coronavirus in March but has now fully recovered.

Idris was spotted enjoying a walk near his home on Saturday, after he and wife Sabrina returned from self-isolating in New Mexico last month, where Elba was filming when he became ill. 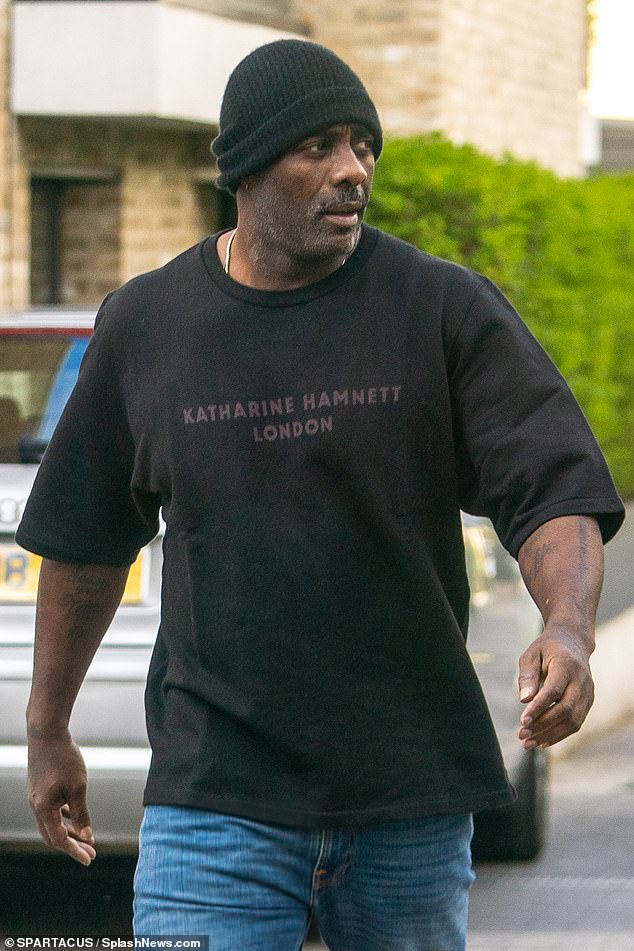 Putting on a casual display for the outing, the Luther star looked relaxed as he strolled through his neighbourhood as part of his daily exercise during lockdown.

Idris wore a simple black logo T-shirt that fit loosely on his torso, and which he paired with faded denim jeans. 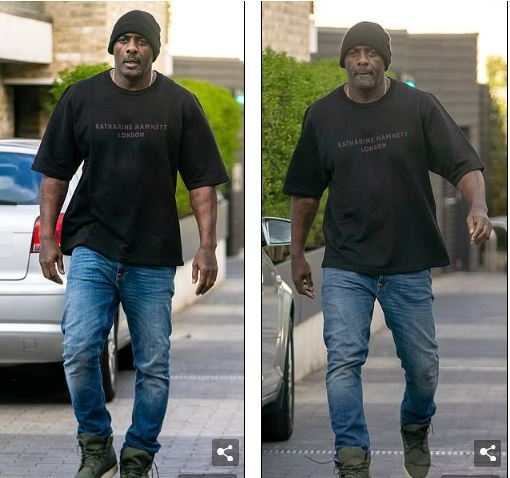 He completed the look by stepping out in stylish green sneakers, while he covered his salt-and-pepper locks with a black beanie.

Idris and Sabrina became some of the first celebrities to reveal they'd tested positive for the coronavirus in March. Five days earlier, Tom Hanks revealed he and his wife Rita Wilson were suffering from it.