19 Dead As Iran Bombs Own Ship Months After Downing Plane


At least 19 sailors have perished after Iran bombed its own ship on Sunday to the shock of many. 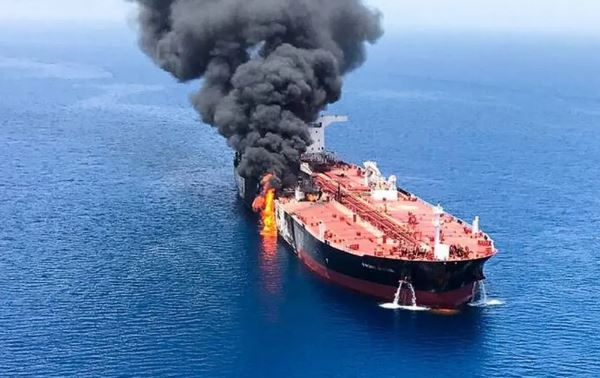 Iran bombs own ship (File photo)
Iran fired missles at its own ship during a training exercise in the Gulf of Oman on Sunday.
The bombing resulted in the death of 19 Iranian sailors leaving 15 others injured.
Iran’s state media, IRNA, gave the update on Monday after it earlier claimed that only one sailor died.
Twelve badly wounded sailors were taken to a local hospital which also treated another three with slight wounds.
The friendly fire hit The Konarak, a Hendijan-class support ship near the port of Jask, 790 miles south-east of Tehran.
Konarak had been remodeled in 2018 and was able to launch sea and anti-ship missiles.
The 47-metre vessel which has been in service since 1988, had the capacity of 40 tons and carries a crew of 20 sailors.
It was the second deadly incident involving a misfired missile by Iran in 2020.
In January, the country’s paramilitary Revolutionary Guard accidentally shot down a Ukrainian jetliner.
All 176 people on board were killed.
Top Stories