A man has caused a stir on Facebook after he posted a picture of his wife's bleeding face as he allegedly battered her. 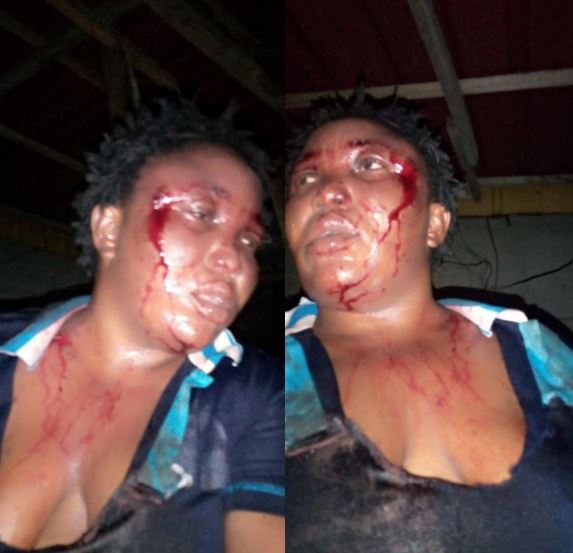 A man allegedly battered his wife then had the courage to boast about it on Facebook while challenging the police to come and arrest him.

The man, with the Facebook user name Afobaje Maiyegun, hinted that the incident had to do with him talking to a woman.

Sharing photos of his bleeding wife, he wrote: "I beat my wife and am waiting for her police because I talk to a woman." 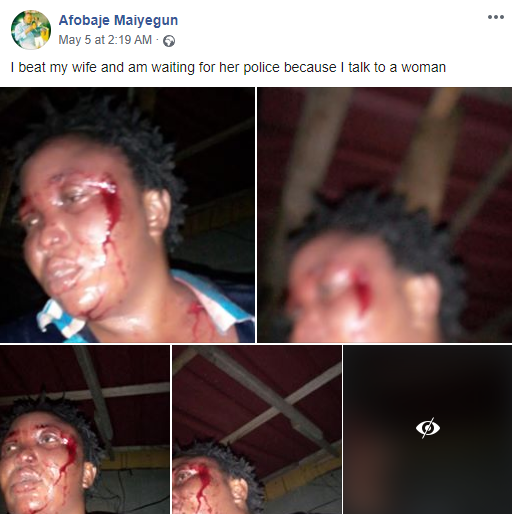 Though he posted the photos a week ago, it just got the attention of Facebook users and they are currently camped on his wall, calling him out.

See a few comments below; 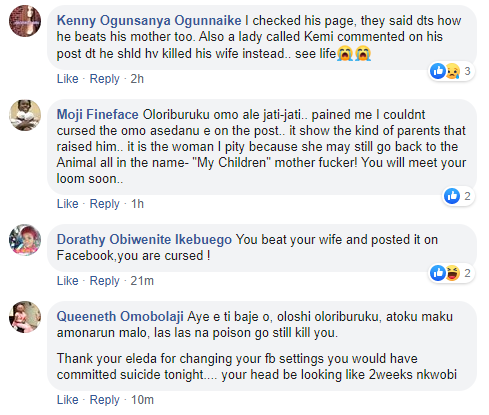 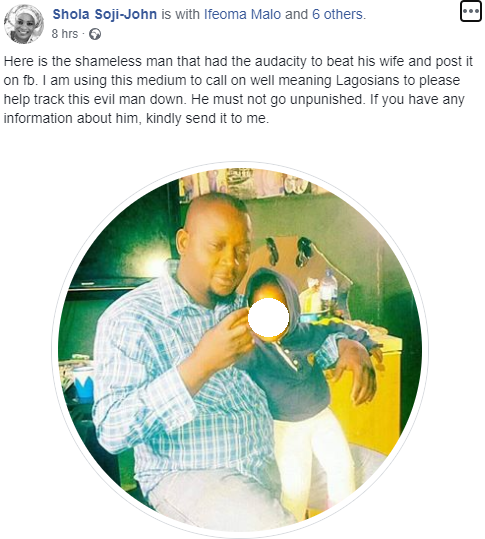 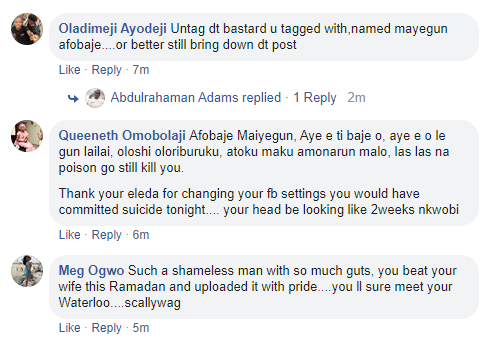 "I Am Not Dead" - Prophet Abiara Cries Out