The touts position themselves strategically to swindle members of the public who came around to apply for a passport especially those who need the passport urgently. 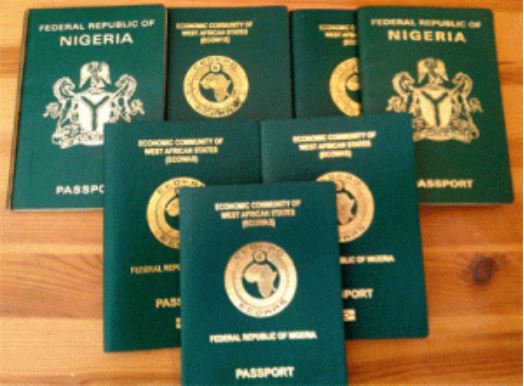 Touting activities have gradually increased in and around the entrance of the Federal Secretariat along Port Harcourt road in Owerri, where the office of the Nigeria Immigration Service, NIS, is located.

Vanguard visited the area on Wednesday in Owerri and was told that the touts position themselves strategically to swindle some members of the public who came around to apply for a passport especially those who need the passport urgently.

It was observed that for them to operate swiftly, the tricksters split themselves into two groups, one group at the entrance of the secretariat and the other inside the premises of the building loitering around.

To achieve their aim, they adopted several ways of engaging applicants, sometimes, they cornered them into a seemingly official car parked in the premises of the secretariat and then discuss with them inside the car and collect a huge amount of money.

In an attempt to make themselves look genuine, some of them go as far as putting a polo having the almost same colour with that of NIS, and a fainted symbol that looks like a coat of arm positioned around the collar of the polo.

However, Vanguard was reliably informed that these swindlers have their patronisers pay almost three times more of the official payment for the passport after promising them to complete the issuance of the passport in 24 hours or more than that as agreed with them.

According to an eyewitness who narrated the activities of the groups, she said: “They stand at the front of the Federal secretariat and another group hang around in the compound.

“For those of them who position themselves inside the building they normally use their cars as offices; they convince you and drag you into their car I was told they even use charms in order to get more customers.

“They talked to you and you agreed, you give them the amount they requested. They will assist you and direct you the person that will help you to get the passport.

“Let me say this, in most cases, it works out for them and some cases if you meet the bad ones they collect the money and run away.

“We have seen problems come out of the arrangement because the time agreed was not complied with.”

A credible source from the NIS spoke to Vanguard and pleaded not to mention her name said: “In some occasions, the immigration officers come out here and conduct an arrest on some persons said to be extorting from the members of the public.

“But after some days you still see people complain that they have been duped by impostors. We have advised the members of the public to come straight to the office of the NIS, and process their document and not wait for people outside the secretariat after which they lost their money.

“These fraudsters collect more than the official money and promised them 24 hours to complete the document and maybe by that time we don’t have any booklet in the office.

“In most cases, when the booklet finishes we usually have reservations for emergency especially people who gave health issues among other things.

“If they collect money from you and promise you that they will do it in 24 hours. It is not possible because it is the machine that determines and not any individual.”