A fire outbreak has been recorded at an estate in Lagos state, causing some stir in the area. 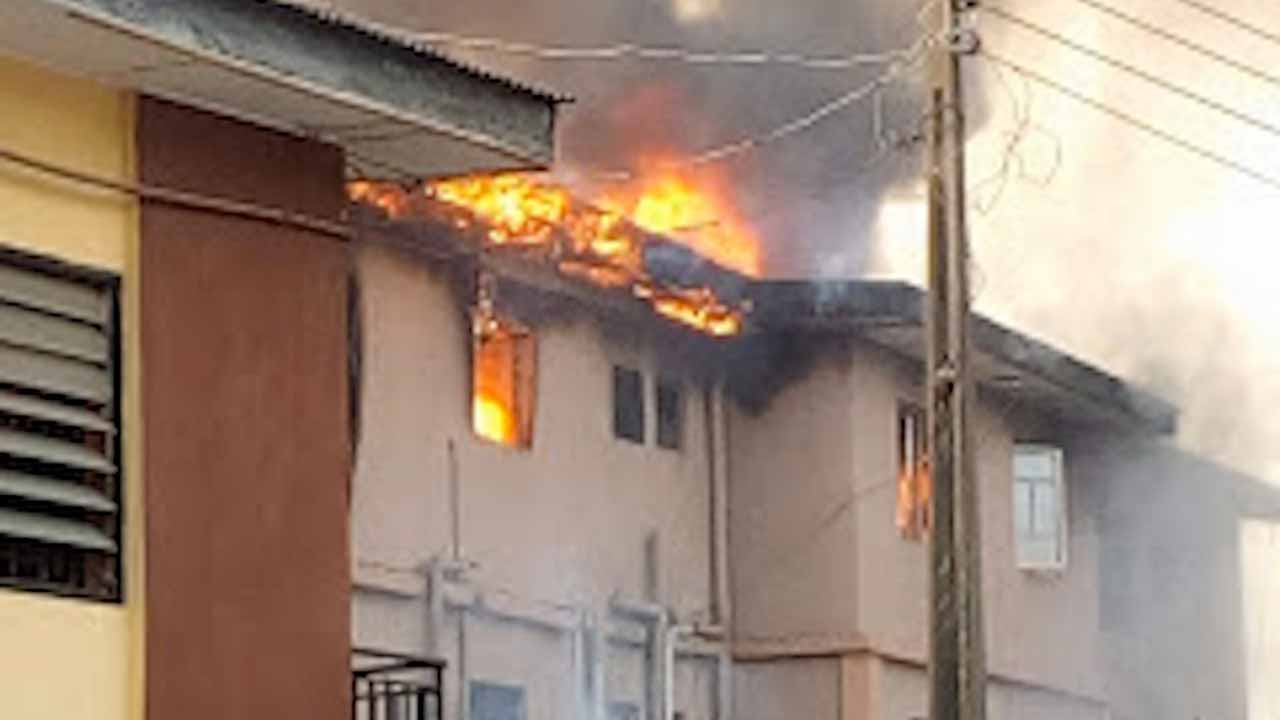 A block of six flats has been gutted by fire at Mile 2 Estate, Amuwo Odofin, The PUNCH reports.

As of the time of filing this report, details on the cause of the fire outbreak were sketchy.

The PUNCH gathered that efforts are ongoing to put out the fire.

It was learnt that the affected building is located behind a central mosque in the estate.