A citizen of the United States of America has survived the deadly coronavirus at the age of 108. 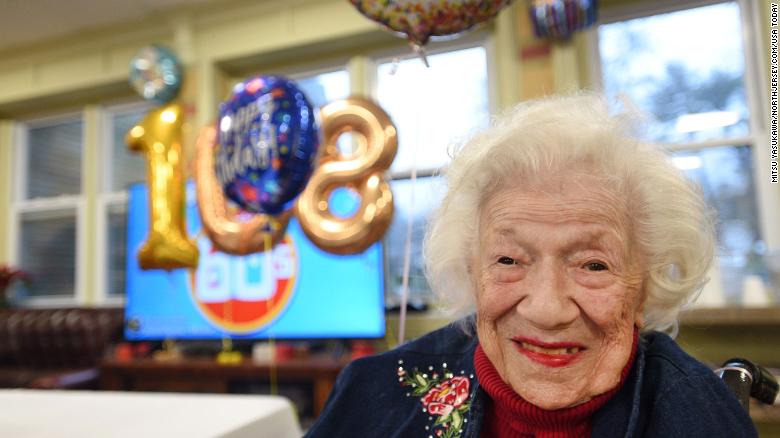 Sylvia Goldsholl
Survivor. That's what Sylvia Goldsholl, 108, calls herself.
After living through both the 1918 flu pandemic and current coronavirus pandemic, the label is fitting.
Goldsholl, who lives at a nursing home in Allendale, New Jersey, has fully recovered from coronavirus after being diagnosed with it last month, New Jersey Gov. Phil Murphy said at a press conference on Thursday.
That might make her the oldest person in the state to recover from the virus, according to CNN affiliate News 12 New Jersey.
"A tremendous life, a tremendous spirit, and a tremendous show of strength," the governor wrote in a tweet celebrating Goldsholl.
Goldsholl was seven years old when the 1918 flu -- which killed more than 50 million people globally -- hit.
"I survived everything because I was determined to survive," she told News 12 New Jersey in an interview conducted over video chat last week.
Goldsholl originally lived in the Bronx before moving to New Jersey 20 years ago, according to News 12. She didn't really want to talk about the virus, the News 12 reporter said -- but she did reminisce about her family.
"The oldest of four children and I was the smartest one from the bunch," she said, while sporting a pink boa around her neck. "I am a survivor. I've got to come out on the top of every list."
The staff at Allendale Community for Senior Living shared her story on Facebook. They described her as the "model of positive perseverance."
Murphy echoed that in his statement about her.
"To you Sylvia -- we send you all of our best for the many, many, many, more years to come," said Murphy.
Culled from CNN
Top Stories