The State Commissioner of Information, Alhaji Sulaiman Tunau made the disclosure to newsmen in Gusau on Thursday. 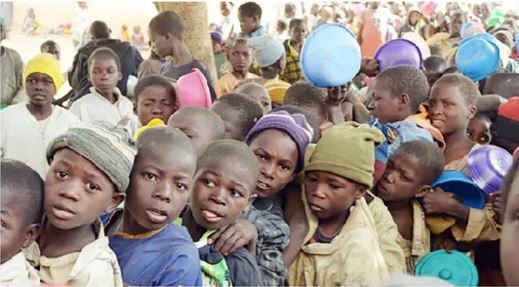 Zamfara Government on Thursday said all the 44 Almajiri school students sent home by the Kaduna state government had tested negative to COVID-19.

The State Commissioner of Information, Alhaji Sulaiman Tunau disclosed this to newsmen in Gusau on Thursday.

“We have already handed them over to their parents through Kwatarkwashi and Dansadau emirates,” he added.

Meanwhile, a 14 seater passenger bus carrying teenagers suspected to be Almajiri was on Wednesday evening intercepted at the Patani/Bayelsa border axis of the East-West Road by men of the Bayelsa State Vigilante.

The passengers who claimed to have come from Zamfara State were rounded up by men of the Vigilante, led by its acting chairman, Mr. Doubiye Alagba, with other security officers and we’re immediately ordered back when they could not provide reasonable answers about their trip to the state.

It was gathered that operatives of the State Vigilante intercepted the bus after receiving intelligence report that a bus conveying the teenagers was about making entrance to the state capital.