Be Careful! See What Trusted Neighbor Did To Underage Sisters In Imo State (Photo)


A trusted neighbour has been apprehended by security operatives after doing a horrible thing to two sisters. 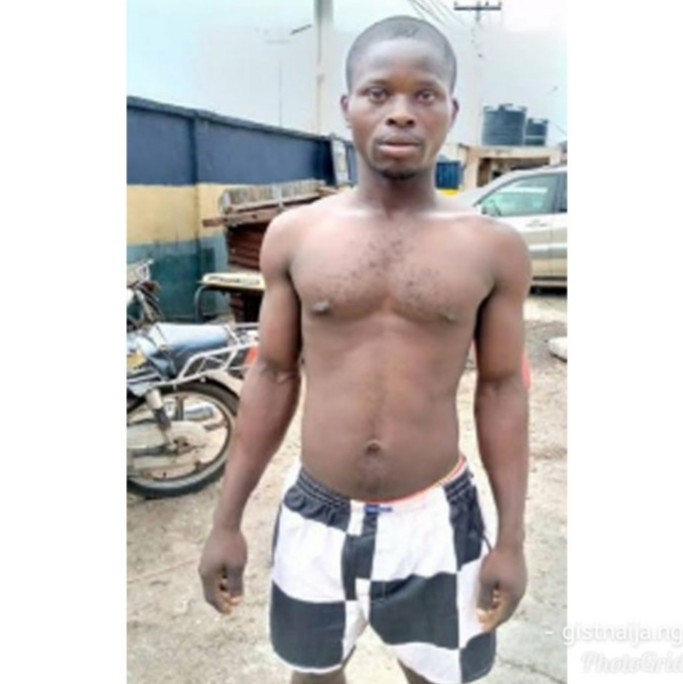 Uchenna Mbahotu
Men of the Imo State Police have arrested a 23-year-old man, Uchenna Mbahotu for allegedly defiling two underage sisters.
The suspect was living in the same compound with the 11 and 9-year-old sisters he allegedly abused, the Imo State Police spokesperson, Orlando Ikeokwu, said.
Information gathered revealed that he was trusted by the girls' parents, so, he abused that trust by allegedly abusing the girls sexually.
Ikeokwu, who said the suspect would be charged at the conclusion of investigation, stated that Mbahotu took advantage of his familiarity with the victims to defile them.
According to him, personnel of the Orji Police Divisional Headquarters arrested the suspect.
The PPRO stated, “On May 13, 2020, based on a report by the mother of the victims from Nkwo Orji, Owerri North Local Government Area of the state, operatives of the Divisional Police Headquarters, Orji, arrested one Uchenna Mbahotu, 23.
“The complainant reported that the said Uchenna Mbahotu defiled her two daughters, aged 11 and nine.
“She further stated that the suspect took advantage of the fact that her family allowed the kids to get close to him as a next door neighbour to perpetrate the evil act.
"However, medical examination conducted on both children revealed that only one was defiled.”
Top Stories