Nigerians on Twitter are currently dragging Presidential aide, Bashir Ahmed over his tweet about the Second Niger Bridge. 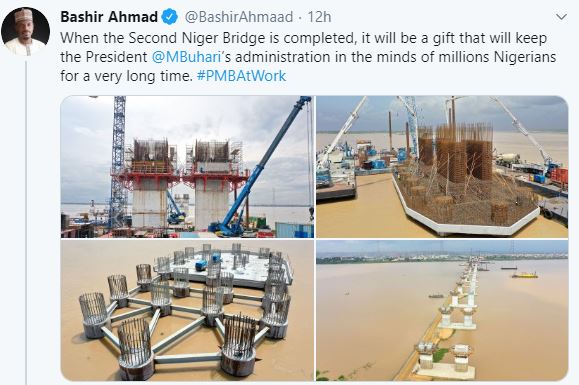 Bashir Ahmad, President Buhari's Personal Assistant on New Media, is currently the number one trending topic on Twitter as Nigerians are reacting to a Tweet he shared about the second Niger Bridge.

Bashir in the early hours of today tweeted that when completed, the Second Niger Bridge which will help open up the South East region, will be a gift to Nigerians.

''When the Second Niger Bridge is completed, it will be a gift that will keep the President @MBuhari’s administration in the minds of millions Nigerians for a very long time.'' he tweeted.

Some Nigerians aren't pleased that Bashir used the word ''gift'' to refer to a project being executed with ''Nigeria's money,'' and have gone to Twitter to share their thoughts.

See Their Comments Below; 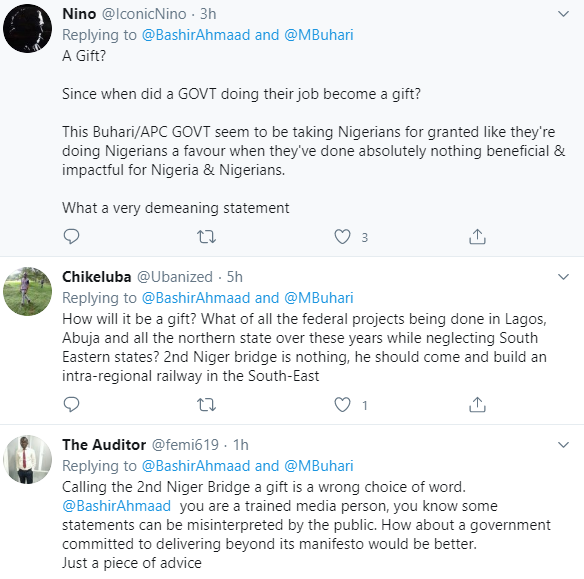 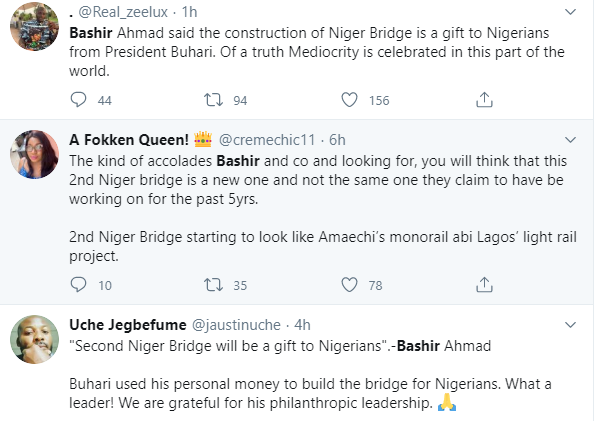 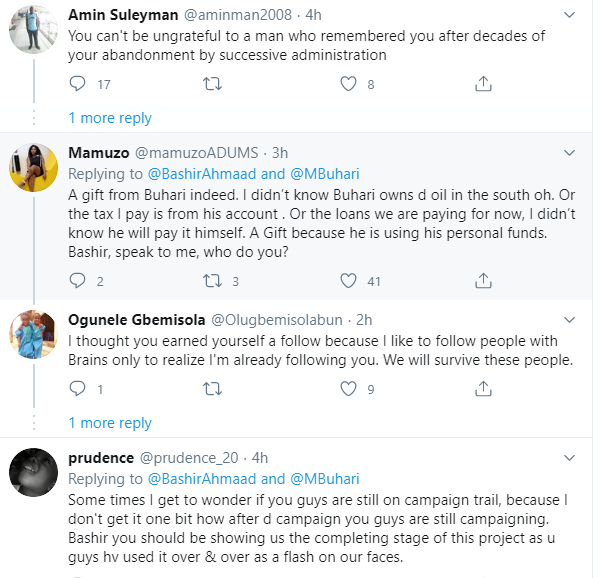