There seems to be a lot of tension between an intending couple as the man who earns lower than the woman demands she quits her job and relocate to his city. 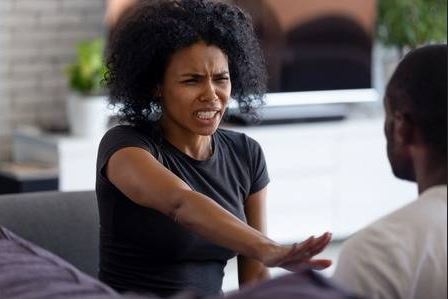 A Nigerian HR expert has taken to Instagram to narrate on how a Nigerian man who earns N15million annually wants his girlfriend who earns N42million to quit her job.

According to the lady, the man works as a banker in Port Harcourt, while the lady works with an oil service company in Lagos, but he wants her to quit and relocate to his city so they could be closer to each other.

As they began to discuss marriage, an issue arose.

Jide wants Anita to relocate to Port Harcourt after the wedding and look for a new job.

Anita feels it is wiser for Jide to apply for a transfer with his bank and move to Lagos.

1. Looking for a new job will be very tough.

2. Her earnings will also be a good support for the family.

1. A woman is supposed to move in with the man and not the other way round.

2. He is very comfortable with his current branch and would find it difficult to settle down in another state and branch.

What do you think?