Why Many Nigerian Record Labels Are Folding Up - ID Cabasa


The ‘Totori’ crooner shared his views on an Instagram live series this with an artiste manager, Ubi Franklin over the weekend. 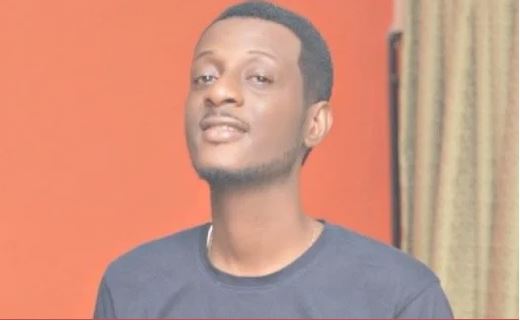 ID Cabassa, who became famous in the 2000s as the hitmaker behind acts like 9ice, Jahbless, 2shotz, Banky W, Lord of Ajasa, and Olamide, said most Nigerian record label owners only have the money but lack the requirements needed to run their businesses.

The ‘Totori’ crooner shared his views on an Instagram live series this with an artiste manager, Ubi Franklin over the weekend.

The chat tagged, “The Music Business Conversation” is the initiative of Franklin and is aimed at highlighting the major issues affecting the Nigerian music industry.

During the chat, ID Cabassa, who dropped his comeback single in 2019, said most record labels only started with the intention of showing the world what they can achieve.

The singer said he has had his fair share of artiste-record label issue.

He noted that artistes and the record label have roles to play in the development of the music industry. According to him, both parties should make efforts for the success of their relationship while holding sacrosanct the content of the contracts they have signed.

“Number one thing is to realise that we’re created for relationships, as humans. This is a community where each person needs the other person. When we realise that we were created to be dependent on each other, we will realise that when we get into the business, we need to respect that human value.

“I say this everywhere that you have to be very brutal and thorough when signing a contract. Sign contracts as worst enemies and work together as best of friends. Learn to honour your contracts as artistes and record labels,” he said.

The Coded Tunes CEO added that greed on the part of the artistes as well as the record labels remains a major cause of the problem in the industry.

He said artistes approach the label owners with “the hustle spirit” and the big dreams of making it big in the industry without placing values on the table.

“All they think about is their survival. What they want to eat, drink, wear. Some of them will even dream further by thinking of houses. They ask you to give them an apartment. These are the things they come to the table with.

“From the little I have been able to study, you are not supposed to come to the table with your needs. You’re supposed to come with the value that you carry. You know when they come and you ask them, what do they want, you’ll be shocked that most of them don’t care if you have the right structure to support them, the next thing they ask is, bros buy me car I will serve you for the rest of my life.”

He also said label owners on the other hand also want to make money off any artiste that comes up without plans of building as many talents as they can.

“You may blow, make it in the industry, buy cars, go on vacations but until other people can make it from your values, you’ve not really done anything great. Some people will sow the seed and others will ‘eat’. Most of the people we have here are eaters,” he said.

He concluded by emphasising on the importance of keeping a relationship, regardless of whatever has occurred in the relationship.

“To every record label and artiste, it is better to lose an argument than to lose a relationship. You don’t know which guy will help you tomorrow.”

Corroborating ID Cabasa’s submissions, a Nigerian rapper, Michael Stephens, popularly known as Ruggedman, said record labels and artistes only come into the industry to make it big financially, with no plans to improve the state of the industry.

In a related development, ID Cabasa, also recently revealed that he did feel like a failure at some point in his career.

The-father-of-three said this in an Instalive chat with rapper, Bouqui.

He revealed that he was so broke and could not pay his house rent. According to him, he had to move into his studio with his family, “yet people felt he was rich because he was a celebrity”.

“My pain was the springboard for me to be well established. I learned a lot during that time. It was like my own lockdown. At that time, I thought I was a failure. With everything I knew and the depth I had, I felt I was a failure. I thank God I learned the lessons and was able to bounce back,” he said.