A marriage proposal is currently causing a stir online as a man proposed to his fiancee by placing his great-grandmother's ring on a sausage before serving it to her for breakfast. 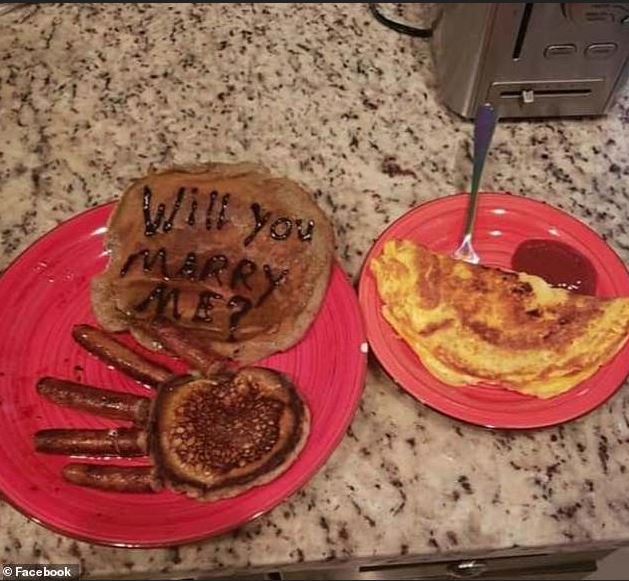 A man's proposal has been slammed by some Facebook users and praised as creative by others after it was shared online by his fiancée.

The man proposed to his girlfriend by placing his great grandmother's ring on a sausage before serving it to her for breakfast.

It was his girlfriend's birthday, so he decided to make it a double celebration by proposing on the same day.

He surprised her with a plate of sausages and pancakes with the words "will you marry me?" written across with chocolate syrup.

The man had placed five sausages around another pancake to create a hand and he placed his great grandmother's ring on the sausage "engagement finger".

The excited fiancée shared the engagement news on Facebook and wrote: "Sooo. This happened! Did I say 'yes'?! Of course I did. The best part? That's his great grandmother's ring. Happy birthday to me."

Unfortunately, her post wasn't well received by many people.

It was later shared in a wedding shaming Facebook group, and was quickly met with hundreds of comments.

People said the man was creative but slammed him for placing the ring on a greasy sausage. Others said they were "offended" on behalf of the bride-to-be.

One man commented: "Nothing says 'Marry Me' like insinuating your bride has sausage fingers."

Another person wrote: "I assume he had the idea first to make her breakfast and propose. Simple, but cute. What made him think of replacing that with covering the ring in syrup and grease in a weird food hand was an improvement?'"

However, many people said they saw the hilarious side to the proposal, praising the man for his efforts while some admitted they would still say "yes".

"While hilarious... This is really wholesome and sweet. I can't be mad. we need more of that right now. I would however like to see how the wedding plays out," one said.

Do you think the proposal was romantic or not?