Heartbreaking!! Man Allegedly Hacks Cousin To Death After Discovering He Had So Much Money In The Bank (Graphic Photos)


A man has been apprehended by the Edo state police for allegedly hacking his cousin to death after finding out he has money in his account. 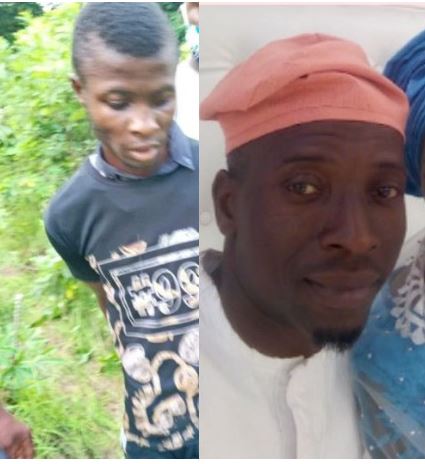 Man Allegedly Hacks Cousin To Death After Discovering He Had So Much Money In The Bankrtbreaking!!

A man simply identified as Coma, has been arrested by men of the Edo state police command for allegedly hacking his cousin, Lateef, to death in the Auchi area of Edo state.

A Facebook user, Sheik Aliu Mahmood, who initially shared the story online, said COMA got information that Lateef was recently paid N2 million from the sale of some parcel of land.

In a bid to steal the money, Coma killed his cousin, took his ATM card and was about transferring the money to his own account when he was apprehended.

''Lateef was killed by his cousin brother with name COMA. According to him, He killed Lateef to get access to his N2million he got from land sales, and eventually collected his ATM card which he already had the PIN.

On Wednesday 13th may, Lateef was last seen with COMA on COMA's bike.

In search for Lateef, COMA was arrested the following day by Lateef's parents but he was released the same day as he claimed to have drop the boy at the ATM.

Unknowingly to COMA, the parents of the deceased had already reported his account to Management of the bank. Today, He was about transferring the money from Lateef's account to his own account when the Bank alerted the parents. He was arrested there and has confessed to killing his cousin brother in order to gain his N2million land money.'' 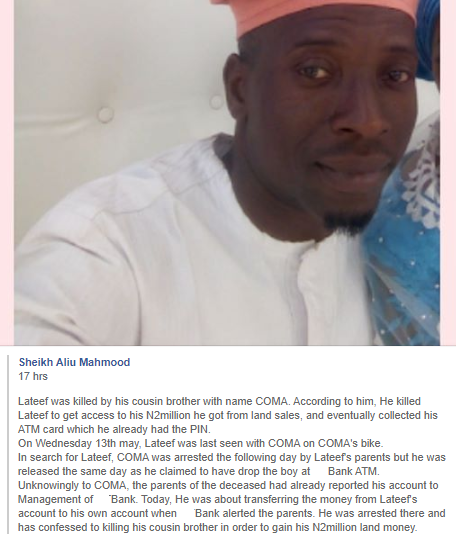 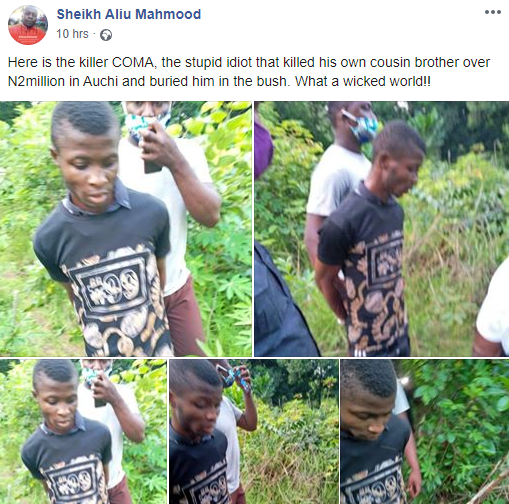 The state police command spokesperson, DSP Chidi Nwabuzor, who confirmed the incident but had a slightly different version of what transpired.

The suspect having the knowledge that the deceased had so much money in the bank, decided to lure him into the bush, infact to the particular land he bought from him.

They got into the bush and he used a spanner to hit him by the neck region. The victim fell and he buried him in that same land.''Nwabuzor said. 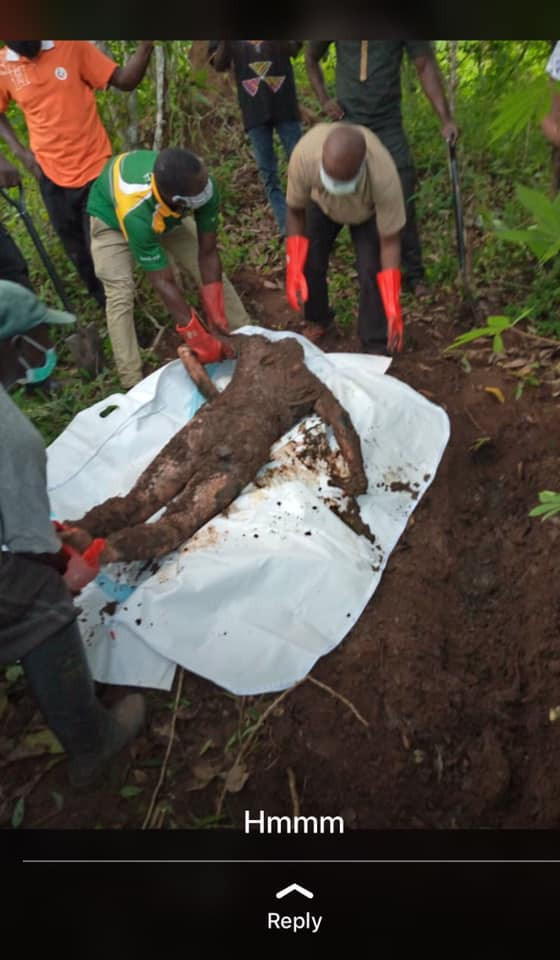 The brother of the deceased was the one who reported the case to the police on May 15.

Nwabuzor said the suspect is currently in police custody and is being interrogated.