Former Military Vice President, Lt. Gen. Oladipo Diya has lost his wife who died after a brief illness at the age of 66. 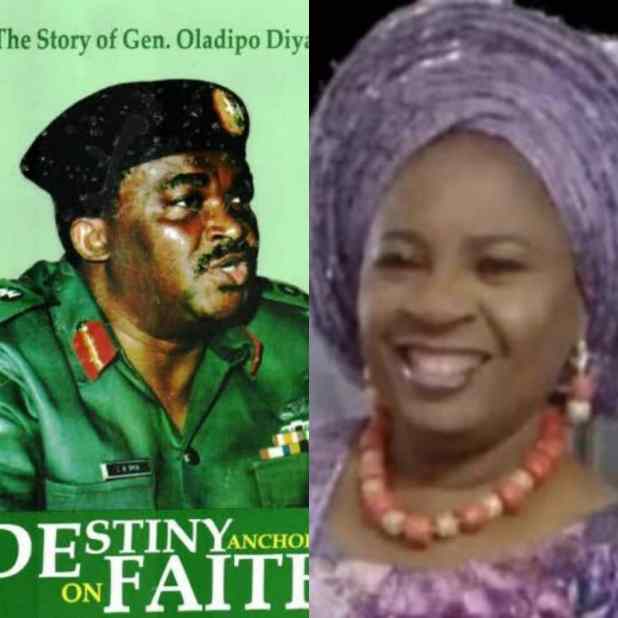 Olawale Adekoya, Special Adviser to Gen. Diya, revealed this in a statement.

The statement said that the late Mrs Deborah Folashade Diya died on Monday, May 18, 2020, after she fell ill and was rushed to a hospital.

The statement reads: “The song is ended, but the melody lingers on. With grief in our hearts but gratitude to Almighty God, we announce the transition onto eternal glory of Otunba (Chief) Mrs Deborah Folashade Diya (JP), wife of His Excellency, Lt. Gen. Oladipo Diya, (retd) GCON, MNI; whose death occurred on Monday, May 18, 2020. She was aged 66.

''Madam Deborah Folashade Diya was preparing and looking forward to her 66th birthday 'celebration on May 23rd 2020 (this week). But as man proposes, God disposes; six days ago, she took ill and was taken to the hospital, where she took her last breath on Monday, May 18.

''Otunba Folashade Deborah Diya dedicated her life to the emancipation of humanity and service of the Almighty God.

“She was a devout Christian, a loyal and dedicated wife, a loving mother, an alluring grandmother and a passionate chorister at United African Methodist (Evangelical) Church, Abule Ijesha, Yaba, Lagos. She was a chorister who sang and danced for the Lord all the way.

''Fondly called Mumsie, Chief (Mrs) D.F. Diya was a model of love, compassion and generosity until her very last moments. Her mission was one that made a great difference in the lives of many people.

“She was a silent operator who always made things work out positively: disciplined, focussed and straight forward.

“Inspite of her privileged position as the wife of a former Military Vice President in the country, she didn’t live the life of celebrity or ostentation. Rather, she adopted a humble life of dedication to God.”