A man has adopted a stunning white cat with a rare condition known as Heterochromia which has to do with having two different coloured eyes. 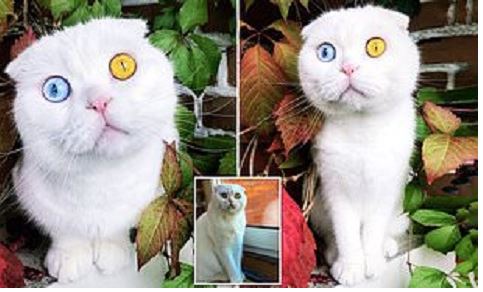 A stunning white cat has two different coloured eyes but that didn't stop his owner falling in love with the odd-eyed feline.

Scottish Fold cat Joseph, two, was finally adopted by Evgenii Petrov, 29, who lives in Saint Petersburg, Russia, after its breeder was left struggling to find someone to adopt the kitten because of its yellow and blue eyes.

Mr Petrov said he 'didn't believe he was real' when he first saw a photograph of Joseph online. 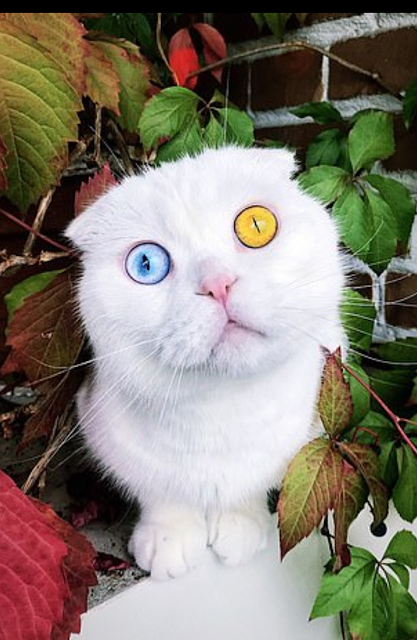 He had almost 'lost hope' of finding a cat he wanted to adopt but says 'it was love at first sight'.

'I called and I was happy when I heard that the photo was real, and a day later Joseph was at home.'

Mr Petrov says that Joseph's eye condition, which is called heterochromia, doesn't cause the feline any health complications. 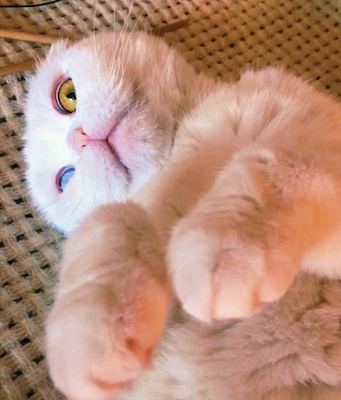 He added: 'Heterochromia is a rare condition especially in Scottish Fold cats.

'The cat still has sharp sight though, he just looks different.'

Photographs of the sweet moggie lazing in the sun seem to indicate he is enjoying his new home.

The Scottish Fold is a breed of domestic cat with a natural dominant-gene mutation that affects cartilage throughout the body and causes the ears to fold over.

They're known for being gentle, intelligent, extremely well-adjusted and affectionate.

One user commented on a photo of Joseph on social media, saying: 'He is stunning!'

Another one said: 'Those eyes are gorgeous!'