107 people are fear dead after a plane crashed into houses leaving many people in shock. 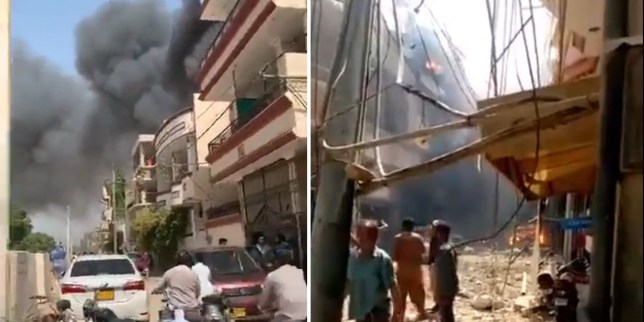 Scene of the plane crash in Pakistan
A plane carrying about 107 passengers and crew has crashed into houses near an airport in Karachi, Pakistan.
According to Metro UK, the Pakistan International Airlines flight was on its final approach to Karachi Airport when it went down in a residential neighbourhood, according to reports.
Videos on social media show huge billows of smoke rising into the air from the crash site. Emergency services are at the scene, not causalities have been confirmed.
Top Stories