Media Personality Toke Makinwa has weighed on the situation of things between Cynthia Morgan and Jude Okoye. 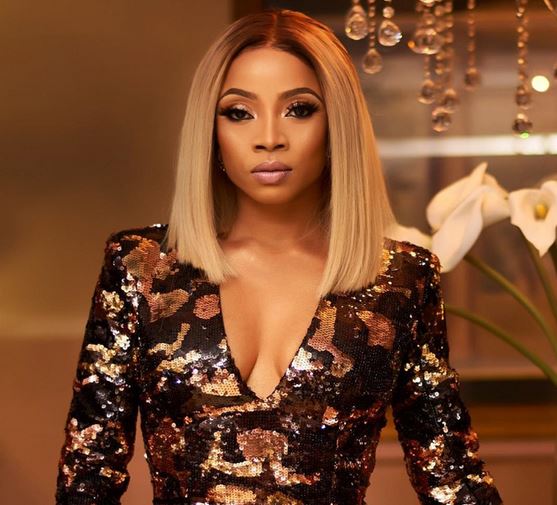 Toke Makinwa has weighed in on the situation between Cynthia Morgan and her former record label boss, Jude Okoye.

In a recent Instagram Live interview, Cynthia Morgan disclosed how she went into depression after things went south for her when she signed a contract with Jude Okoye's Northside Entertainment.

Toke took to Twitter to give her opinion on the matter.

She wrote: There has to be more ways to settle this Talent/record label/management relationships, nobody wins when there is no resolve, monies are still owed, talent is still wasting, there is a bigger picture that pride/ego rubs everybody of when we refuse to see the big picture.

If Talent wants to leave or no longer serves purpose to a label, remove feelings and look at ways that they can go, become bigger and pay your debt. Nobody makes anyone, there was talent there, that’s why you chose to invest, let them go and focus on how they pay your investment

Money is invested in the hope of making more money, if more money can’t be made at least what is owed should be paid back, withholding means of payment back serves no one any good, rather create an environment where your investment is protected, get your money and move on.

It’s easier said than done, I may not have all the answers, it is a sad situation for both parties, hoping they both can work something out. I’m such a huge fan of Cynthia Morgan and I can’t deny the genius that Jude is too. We just want music 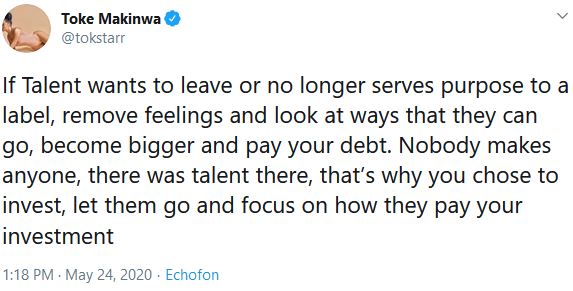 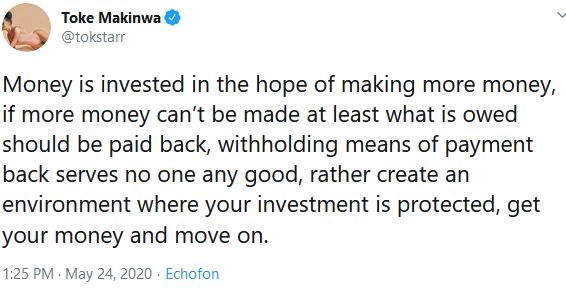