Nigerian OAP, Dotun has reacted to the claims by Cynthia Morgan that she lost everything to Jude Okoye. 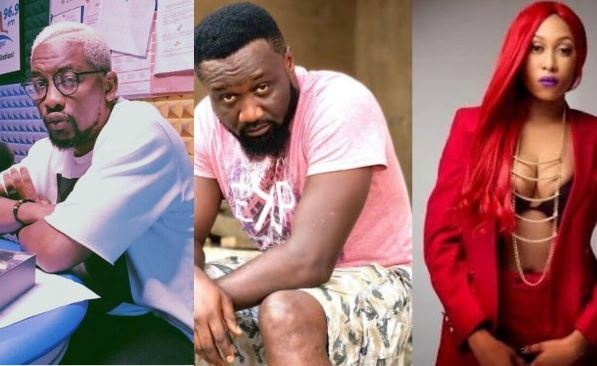 OAP Dotun has reacted Cynthia Morgan's disclosure of losing all she achieved while in the limelight to Jude Okoye, due to the contract she signed with his record label.

The media personality in his tweets, accused Jude Okoye of taking the dancehall singer's name and growth. Dotun who stated that what the music executive did moved from just business to sheer wickedness, added that a review of contract would have been better.

Read his tweets below; On the real I don’t understand why we all don’t see how wrong these things can turn out. Cynthia Morgan was a promising artiste. This girl was literally on fire. You took her name, took her growth. Why can’t you renegotiate? This has moved from just business to sheer wickedness

I don’t think some things are right. She literally kept quiet for this long. wow!... Cynthia Morgan was a praaaaaablem! .. you had a talent like that and instead of growing it and owning it, you threw it away and decided to ruin it... for what really?

I played her joints on radio. Listen, she was a one in a million breakthrough star. I remember introducing her at the Star Trek in Benin.. oh my!..sometimes find need to be reviewed no matter ow hard. You can’t run a a label with an ego cos u will be hurt or make wrong decisions

I think reviewing a contract just makes more sense. You can hold and own her stake and let her run free. It all to your advantage. Not defending any artiste cos they can be very selfish too but mehn in this case, e don do... haba! 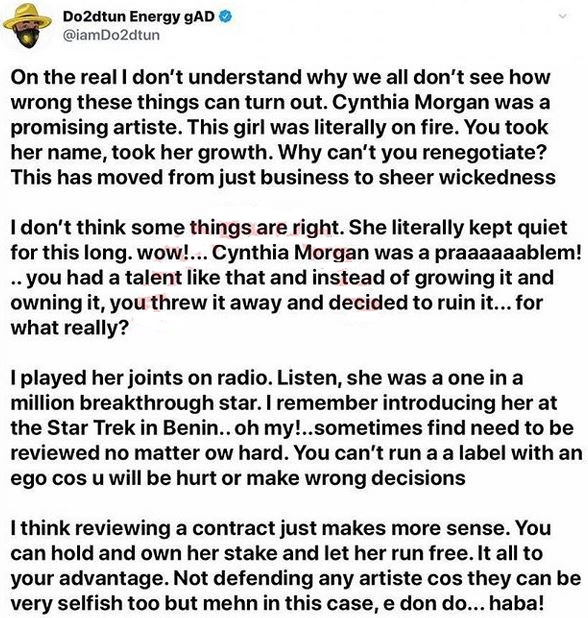