A couple have been hailed by social media users after their wedding photos went viral. 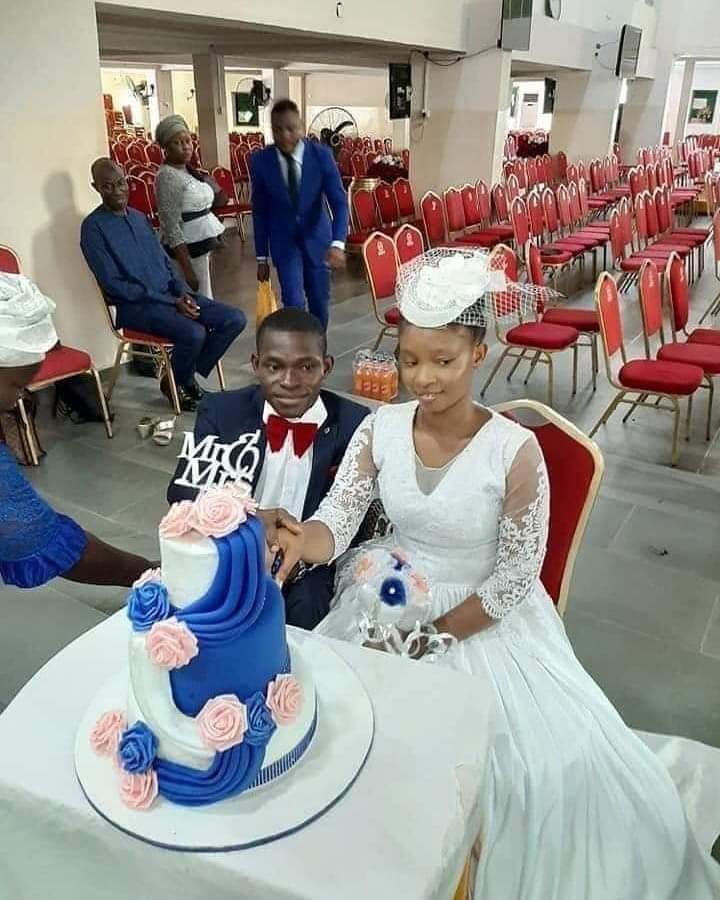 The lovely couple have been commended by social media users
A newly-married couple are the toast of the moment after photos from their wedding ceremony surfaced on social media with many people praising the wife.
The wedding was held in Lagos and only a few guest were present because of the social distancing enforced by the state government.
The attention of Twitter users were however drawn to the groom in a wheelchair and his beautiful bride.
A Twitter user who claims to know the groom said he knows his “worth” and refused to be defined by the wheel chair.
Twitter users said the marriage is indeed built on true love.
See the photos below: 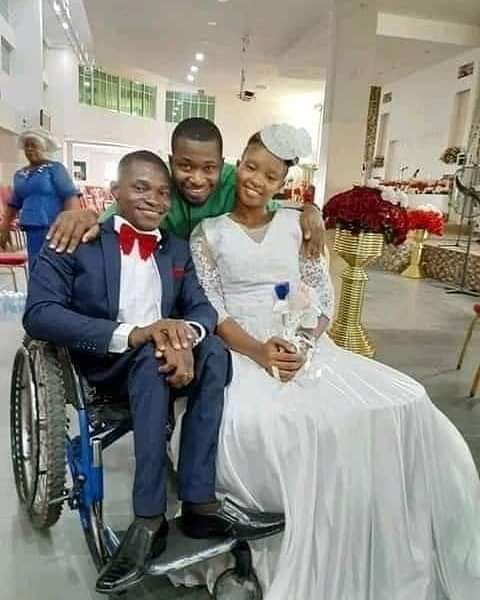 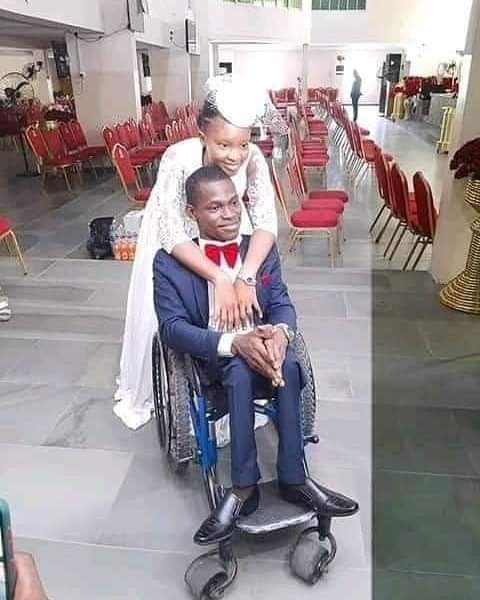 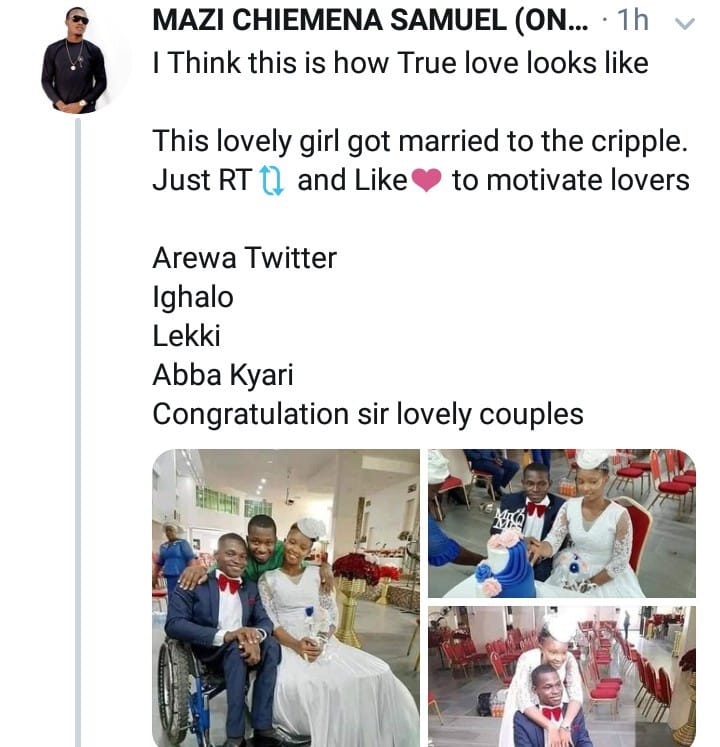 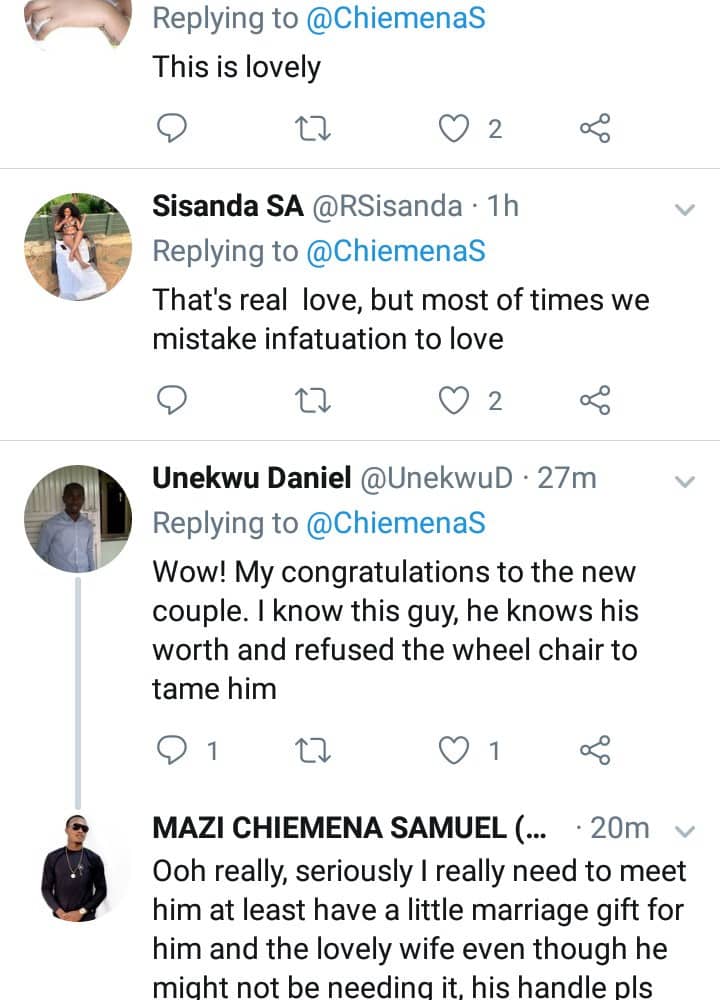