A Video has surfaced online of a police officer asking a black driver to lick his own urine. 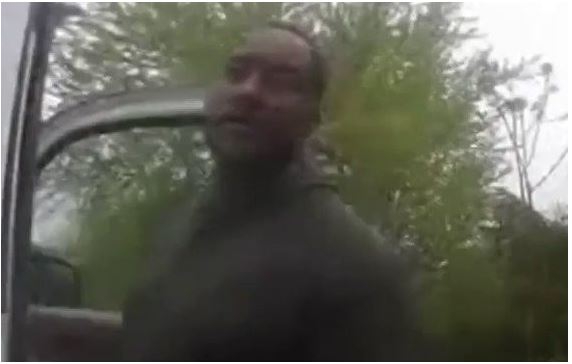 A video which captured moment a police officer asked a Black driver to lick his own urine in Illinois, has gone viral after being shared online.

The driver, a former federal safety investigator identified as Marcus Mosley was tased and arrested last year after being accused of urinating on the side of a road in Illinois.

In the video which was recorded by police body worn camera on May 17, 2019, the Defendant Lynwood Police Officer Luke Tambrini told Mosley he wasn’t allowed to park on the side of the road or to urinate in public and asked for his identification.

After Mosley denied that he urinated in public, Tambrini conducted what the lawsuit calls a “sham field investigation” during which Mosley was subjected to “a willful and wanton display of outrageously inhuman cruelty.”

Tambrini first asked Mosley to take his finger and touch a “little puddle of water” beside his car that he claimed was urine, the video shows. After Mosley obliged, Tambrini replied, “Now lick it.”

“Who’s gonna lick dirt?” Mosley replied, visibly upset. “You think ‘cause I’m black I’m gonna sit here and touch some dirt, then lick it?” Mosley then requested that the officer call a supervisor to the scene because he had a problem with how he was being treated.

When Tambrini told Mosley he was going to write him tickets for parking illegally and urinating in public, Mosley declined to provide him his name and information and repeatedly asked that a supervisor be dispatched to the scene, according to the video.

Eventually, Tambrini said he was going to have to arrest Mosley for obstructing identification and “needlessly escalated the situation by drawing, pointing, and shooting a Taser” at Mosley, according to the suit.

The video shows Mosley stumbling as he’s being stunned, repeatedly asking for a supervisor and saying he hadn’t done anything wrong. The officer can be heard commanding his K9, which had been waiting inside his vehicle, to attack Mosley. 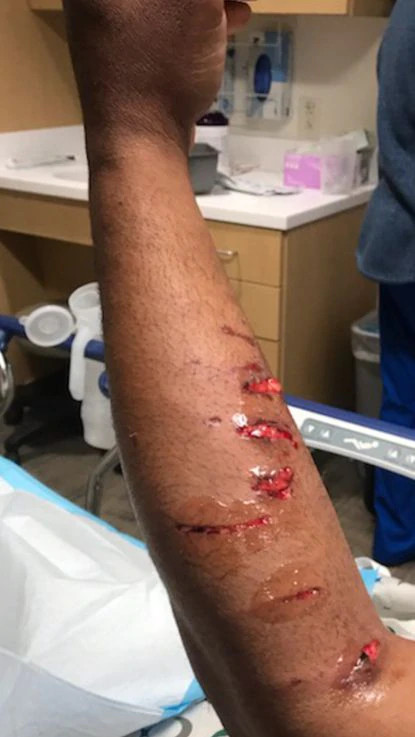 “Please don’t have that dog bite me,” Mosley can be heard saying, as the dog attacks him and he’s taken to the ground. Mosley was hospitalized with bites to his left arm and shoulder that punctured the skin and continues to suffer physical and emotional trauma from the attack, according to the suit.

The 48-year-old Indiana resident, claims in a 12-count federal lawsuit filed last week that a white Lynwood police officer, Luke Tambrini concocted a bogus story about him urinating on the side of Glenwood Dyer Road as a pretext to harass him despite his having committed no crime or unlawful act.

Mayor Eugene Williams said through a village spokesman that he was “deeply disappointed” with the situation, but did not weigh in on the merits of Mosley’s claims or his officers’ actions.

The driver, a former federal safety investigator identified as Marcus Mosley was tased and arrested after being accused of urinating on the side of a road in Illinois 🎥Now This