Njoku’s wife, Chidinma, was said to have given birth to the conjoined twins on March 11, 2020, but their sight was not something that her husband could behold. 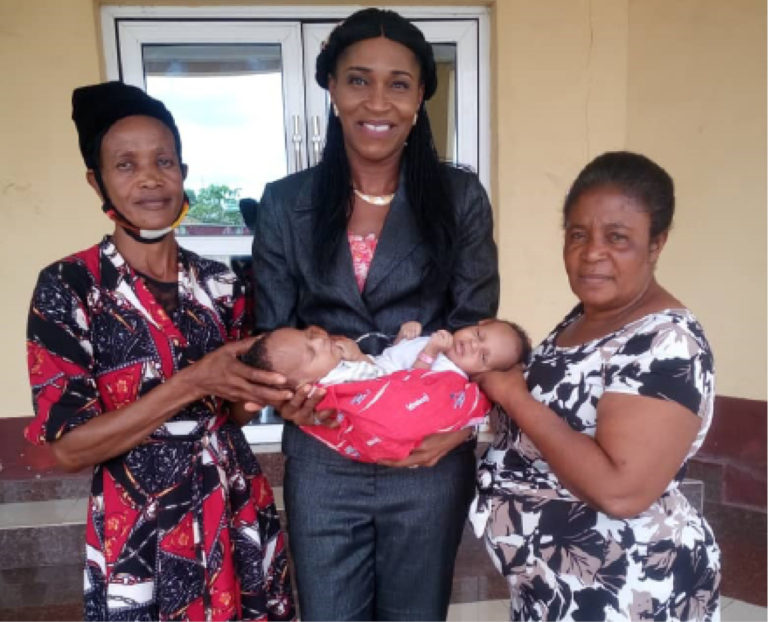 A taxi driver in Owerri, identified as Anayochukwu Njoku, from Umuakagu, Agbahara Nsu in Ehime Mbano council area took to his heels and abandoned his wife when he realised that she gave birth to conjoined twins, Daily Trust reports.

Njoku’s wife, Chidinma, was said to have given birth to the conjoined twins on March 11, 2020, but their sight was not something that Njoku could behold.

Unfortunately, the conjoined twins, Goodluck and Rejoice Njoku were said to have lost their mother three hours after their delivery. The plight of the infants was subsequently brought to the attention of Imo Foundation, the humanitarian organ of the Imo State government, where efforts are being intensified to separate them.

Director General of the Foundation, Mrs. Beulah Chukwuma, who spoke to newsmen while highlighting the plight of the children, said that after the burial of their late mother, the conjoined twins were brought to them.

Chukwuma said apart from the efforts made by the state government towards the survival of the twins, the foundation has made representations to various organisations to support their separation. Chukwuma said, “Presently, we have a family with conjoined twins.

Their mother, Mrs. Chidinma Njoku died on 11th March, 2020 three hours after giving birth to them in a maternity in Umuokoto Nekede in Owerri West Local Government Area.

“Their father, Mr. Anayochukwu Njoku, was helping his late wife in her tailoring shop to earn a living to support their poor family of six before the arrival of the conjoined twins, after he lost his job two years ago as a driver.

“By the special grace of God, as soon as the case got to the desk of Governor Hope Uzodimma, he gave an urgent directive for the twins to be brought to the Foundation for their adequate welfare and survival.

“So currently, we are reaching out to quickly get their surgery done so that they can begin to live a better life. Chukwuma said that in spite of the assistance from the state government, there was the need to go beyond government.

“We need to reach out to organisations, individuals that are public spirited to come to our aid in addition to what the government is doing for us.”