Top government officials violated the restriction of movement and social distancing directive of government during the burial. 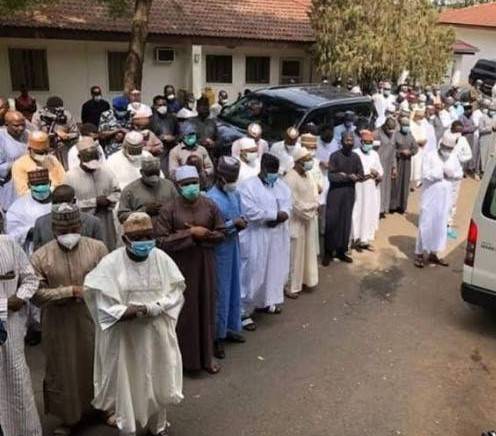 Kyari was buried on April 19, 2020 but top government officials including Garba Shehu (Presidential spokesperson), Babagana Monguno (National Security Adviser), Ambassador Lawal Kazaure (Chief Protocol Officer) and many others violated the restriction of movement and social distancing directive of government during the burial.

In the letter written to the Chief Judge, Akinyode said "On 27th April, 2020, I exercised my right as a private prosecutor and filed a direct criminal complaint against the above named persons at the Magistrates Court, Wuse 2 Abuja.

“On 5th May, 2020, Magistrate Zubairu Mohammad, who is handling the case informed me that the case file has been transferred to your Lordship and he offered no further explanation.

“It is against the foregoing that I humbly urge Your Lordship to allow the matter be heard in the interest of justice at the earliest possible time.
“Several Nigerians have been prosecuted and convicted at the same Magistrates Court for violating the same order of government. Government officials are not above the law and should not be given an exceptional treatment."