The animals snatched the COVID-19 blood test samples that had been taken from three patients and fled. 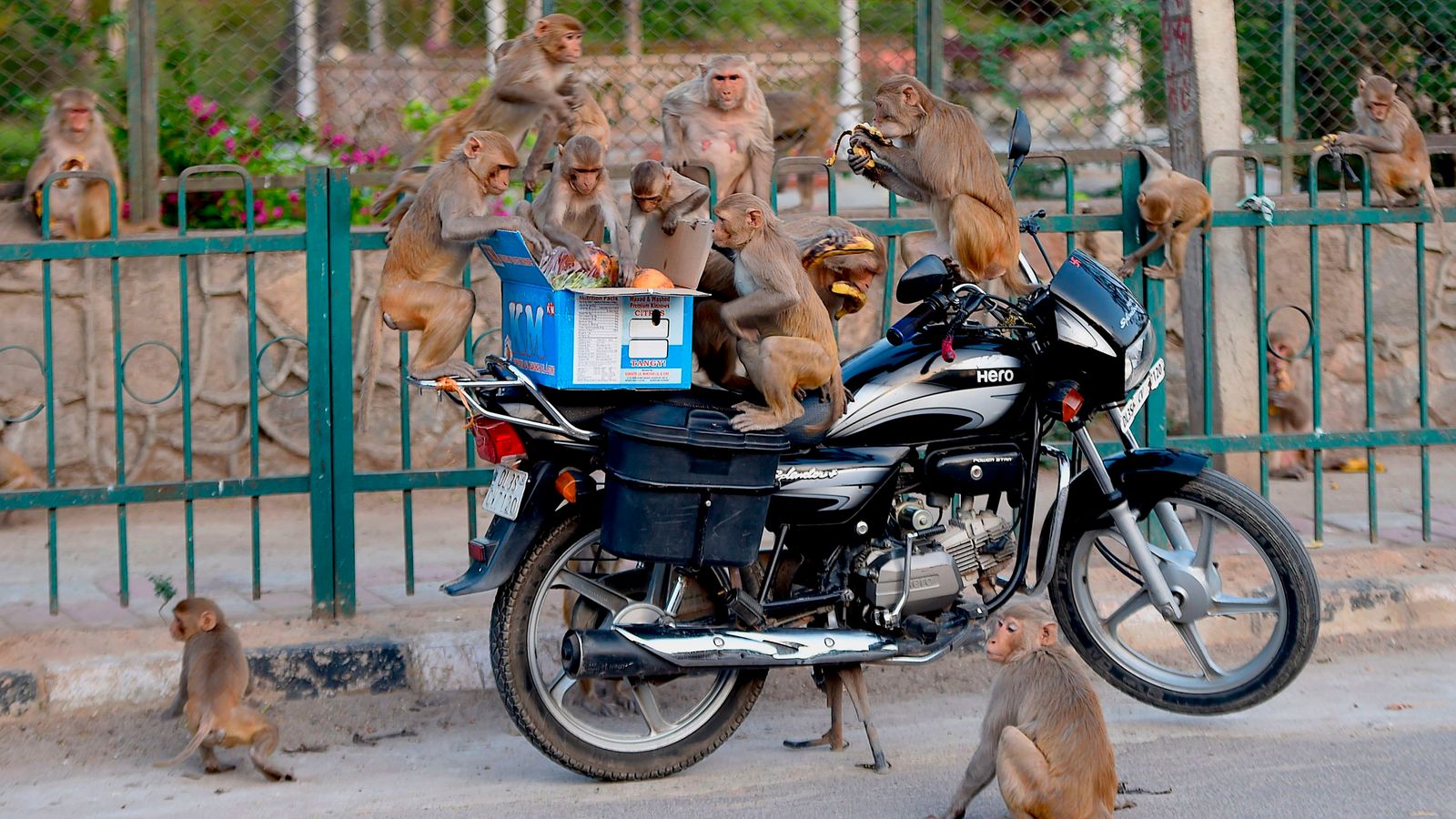 A gang of monkeys attacked a laboratory assistant and escaped with a batch of coronavirus blood test samples, a report by Sky News has shown.

The bizarre incident saw the troop of primates launch their assault near Meerut Medical College in Delhi, India.

According to local media, the animals then snatched COVID-19 blood test samples that had been taken from three patients and fled.

One of the monkeys was later spotted in a tree chewing one of the sample collection kits, the Times of India reported - adding that test samples from the patients had to be taken again.

It is the latest example of the highly intelligent, red-faced rhesus macaques taking advantage of India's nationwide lockdown to combat the spread of coronavirus.

While they have proved an increasing problem in urban areas of the country in recent years, lockdown measures in the last two months are believed to have emboldened the monkeys.

Reports have shown them congregating in parts of Delhi normally crowded with humans.

The animals have adapted to live in close contact with people, and it is believed some groups have struggled in the absence of human food they had come to rely on.

People have been advised not to feed the monkeys while the pandemic continues, with experts suggesting doing so could cause the virus to mutate and infect primates.

A senior biologist from the Tamil Nadu Forest Department previously warned that if this did happen, the mutated virus could have a devastating impact on primate species and other wildlife which prey on them.

"The point is, we have very little understanding of the virus, and it is better to limit our interactions with wildlife till there is more research done on its effects on non-human primates and other animal species," he told The Hindu.

Reports have previously emerged of the primates causing chaos in Delhi, snatching food and mobile telephones, breaking into homes and terrorising people in and around the Indian capital.

They have colonised areas around the city's parliament and the sites of key ministries, from the prime minister's office to the finance and defence ministries, scaring both civil servants and the public.

"Very often they snatch food from people as they are walking, and sometimes they even tear files and documents by climbing in through the windows," said Ragini Sharma, a home ministry employee, in 2018.