Mark Zuckerberg has reacted to the deaths of a number of African Americans resulting from police brutality and he disclosed the efforts he's making to use his platform to combat racial injustice. 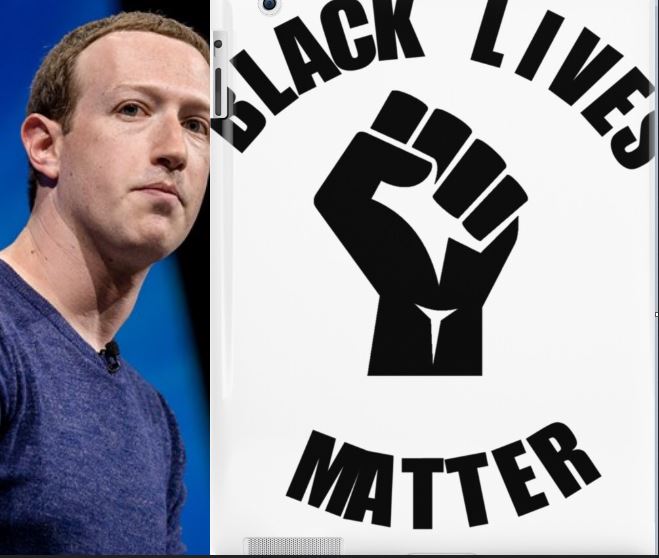 Mark Zuckerberg has revealed plans to use his platform to combat racial injustice as he spoke about racism and police brutality.

The Facebook founder made this known as he mourned the murder of, not just George Floyd, but also Breonna Taylor, Ahmaud Arbery and others.

Mark Zuckerberg reacted to the deaths of a number of African Americans resulting from police brutality and he disclosed the efforts he’s making to use his platform to combat racial injustice.

He condemned police brutality saying it “reminds us how far our country has to go to give every person the freedom to live with dignity and peace.” He wrote;

“The pain of the last week reminds us how far our country has to go to give every person the freedom to live with dignity and peace. It reminds us yet again that the violence Black people in America live with today is part of a long history of racism and injustice. We all have the responsibility to create change.

“We stand with the Black community and all those working towards justice in honor of George Floyd, Breonna Taylor, Ahmaud Arbery and far too many others whose names will not be forgotten.

“To help in this fight, I know Facebook needs to do more to support equality and safety for the Black community through our platforms. As hard as it was to watch, I’m grateful that Darnella Frazier posted on Facebook her video of George Floyd’s murder because we all needed to see that. We need to know George Floyd’s name. But it’s clear Facebook also has more work to do to keep people safe and ensure our systems don’t amplify bias.

“The organizations fighting for justice also need funding, so Facebook is committing an additional $10 million to groups working on racial justice. We’re working with our civil rights advisors and our employees to identify organizations locally and nationally that could most effectively use this right now.

“I know that $10 million can’t fix this. It needs sustained, long term effort. One of the areas Priscilla and I have personally worked on and where racism and racial disparities are most profound is in the criminal justice system. I haven’t talked much about our work on this, but the Chan Zuckerberg Initiative has been one of the largest funders, investing ~$40 million annually for several years in organizations working to overcome racial injustice. Priscilla and I are committed to this work, and we expect to be in this fight for many years to come. This week has made it clear how much more there is to do.

“I hope that as a country we can come together to understand all of the work that is still ahead and do what it takes to deliver justice not just for families and communities that are grieving now, but for everyone who carries the burden of inequality.”