Billionaire, Femi Otedola took to Instagram to wish his only son, Fewa Otedola a happy birthday. 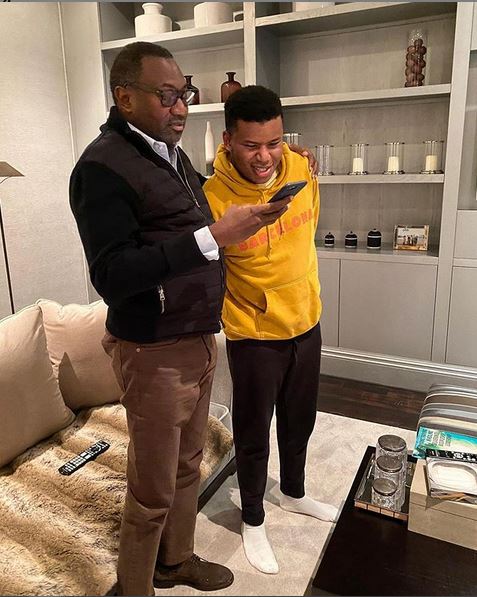 Nigerian Billionaire Femi Otedola has celebrated his only son Fewa Otedola on his birthday.

Taking to Instagram, the business mogul shared a picture of Fewa, while affirming his immense love for him.

“Happy Birthday to my boy Fewa! Papa Loves you so much .…F.Ote”

Fewa Otedola who is the only son of one of Africa’s richest men and former CEO of Forte Oil, Femi Otedola is autistic, hence the reason for his challenges in socializing with people.

Being the only male child, Fewa is automatically the sole heir to his father’s billion dollar fortune. Unlike his sisters, Olawumi, DJ Cuppy and Temi Otedola, Fewa likes to keep things private.

Recall that few weeks ago, Otedola’s daughter, Tolani called out a journalist on social media for describing her autistic brother as mentally unstable.

According to Tolani, referring to her only brother, Fewa as mentally unstable breaks her heart. The singer added that it is an insensitive thing to call someone who has autism a mentally unstable person. Tolani further enlightened the journalist on what Autism is about.