A pastor and his wife were allegedly murdered by unknown gunmen at their farm in Taraba state. 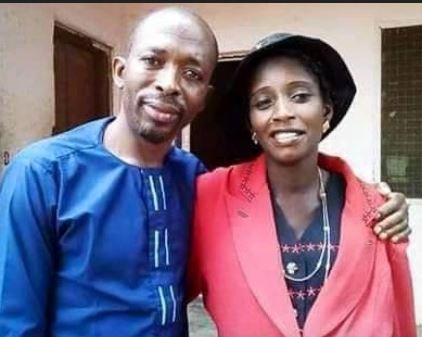 Pastor And His Wife Shot Dead On Their Farm In Taraba

A clergyman, Reverend Emmanuel Saba Bileya, and his wife, Julianna, have been killed by yet to be identified gunmen in Mararraba community in Donga local government area of Tabara state. 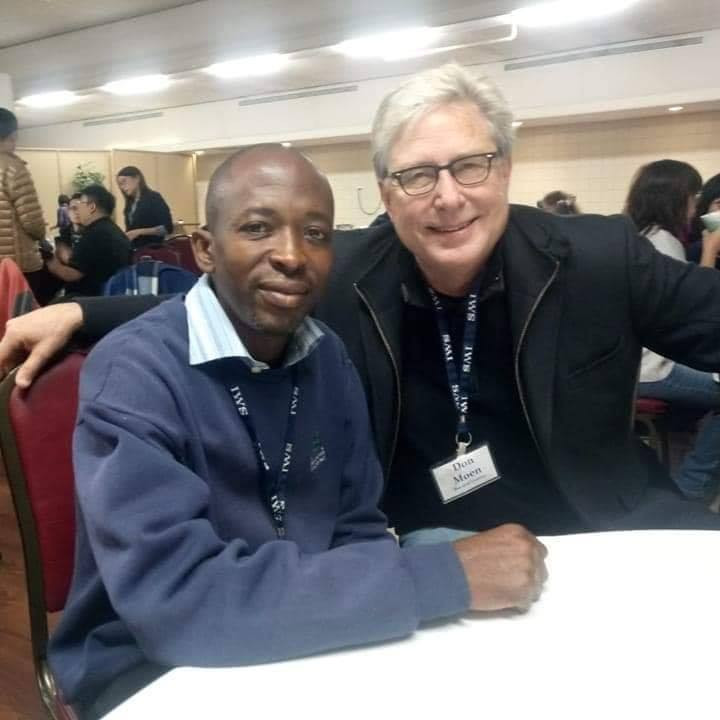 The spokesperson of the state police command, ASP David Misal, who confirmed this , said the pastor, who is the Senior Pastor at Reform Church and his wife were on their farm when the gunmen stormed the place and opened fire on them, killing them instantly.

Misal said the matter is currently being investigated.

Pastor Saba is said to have recently graduated from a University in the US. The deceased couple leaves behind eight children. 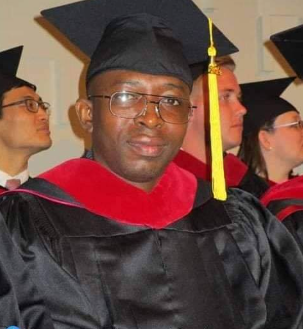 Meanwhile friends have taken to social media to mourn the late couple. 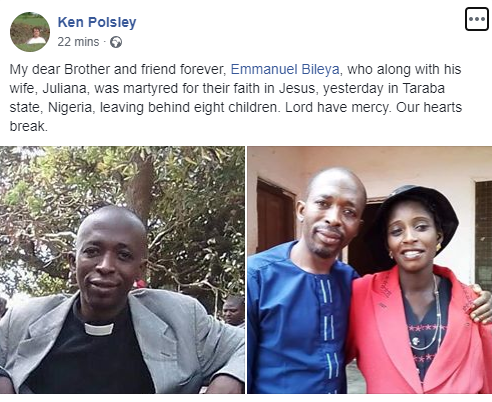 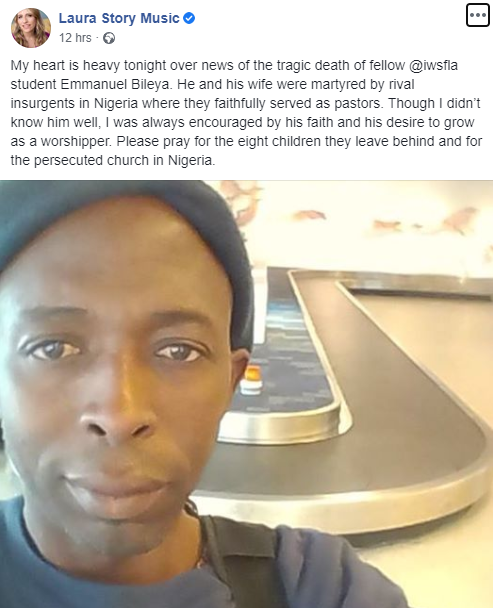 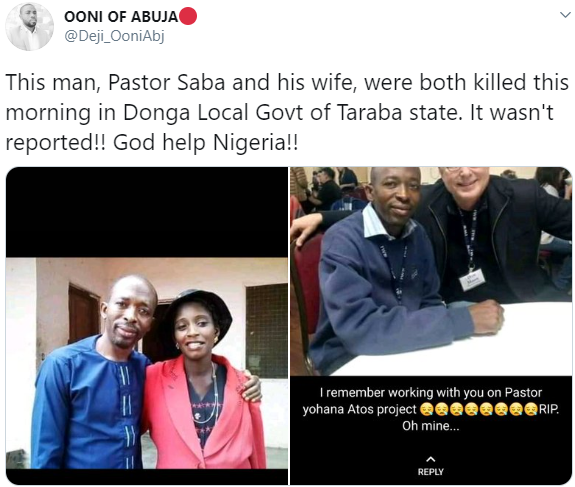 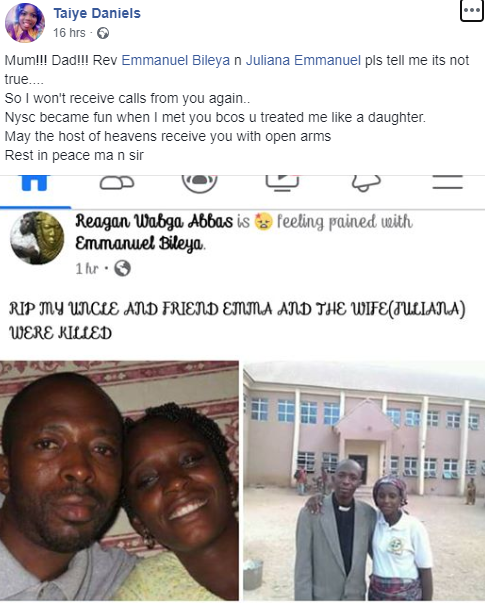