Jay-Jay Okocha's goal against Oliver Khan in 1993 has been called the most spectacular goal in the history of German football by Jurgen Klopp. 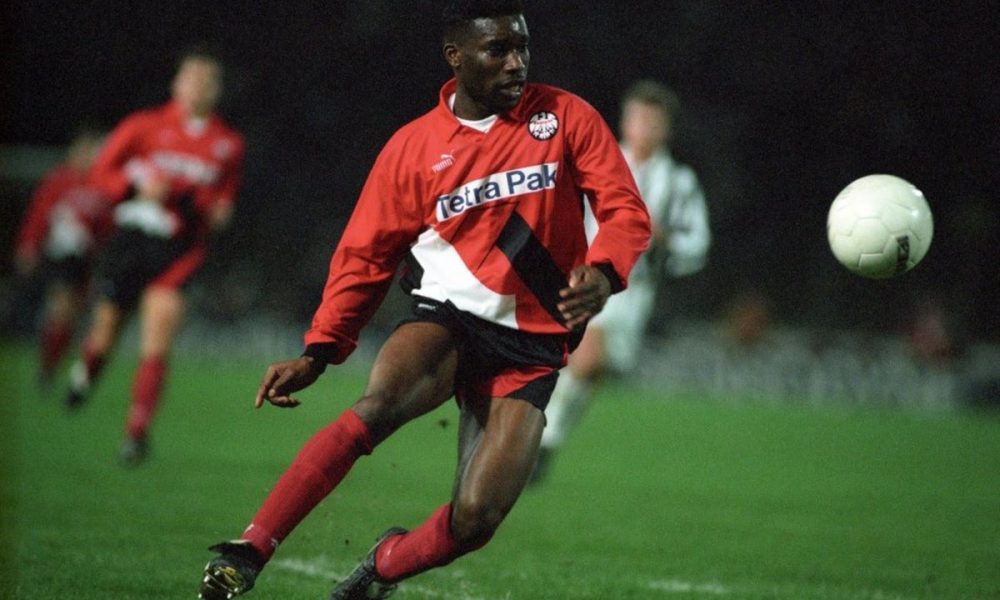 Liverpool boss Jurgen Klopp has labelled Jay-Jay Okocha's strike against Oliver Khan for Eintracht Frankfurt back in 1993 the "most spectacular goal in the history of German football."

Okocha's magnificent goal saw him keep hold of the ball in the penalty area, twisting and turning past a number of defenders before slotting it cooly past the Khan.

The strike was named goal of the season by many German outlets and Khan joked in 2016 that he was still "feeling dizzy" because of it.

Speaking to the Guardian, Klopp lauded Okocha and that goal in particular, saying: "Okocha scored the most spectacular goal in the history of German football.

"It took like five minutes of Kahn and his defenders diving on the floor before he put the ball in the net.

"Some of the world’s best players have been from Africa; George Weah, Didier Drogba and Yaya Toure. In their generation they were some of the best players so why should we not sign them? It’s great."

Klopp currently has two of the best African footballers in the world at Liverpool in Sadio Mane and Mohamed Salah and revealed he thinks they possess a different mentality as a result of their upbringing.