A couple have been left devastated after their 10-month old baby boy was stolen in Umuahia. 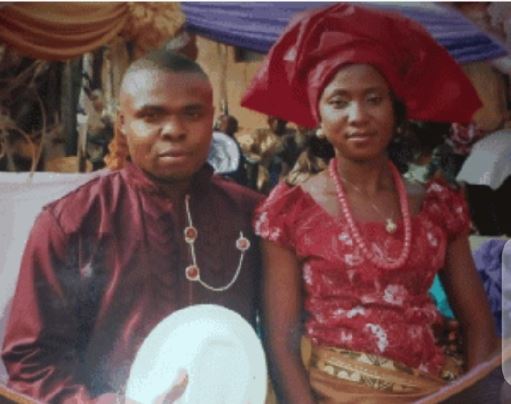 Parents of the little boy that was stolen
The family of Mr. and Mrs Harrison Nwachukwu have been left in a state of shock after their 10-month old baby boy was stolen by a strange couple on Friday in Umuahia, Abia State, Vanguard has reported.
The shock has left the nursing mother acting strangely.
Narrating how the child was stolen in is mother’s hair salon to Vanguard, Mr. Harrison a staff of Federal Road Safety Corps, FRSC, appealed to those who took the little boy to return him to the family.
He explained that while at his duty post on Friday, he got an urgent call to come home. And on getting to the hairdressing salon at Ekwuruke Street by Okigwe Road, he was told how a man and lady deceived his wife, Charity, and stole the child.
Strange couple steals 10-month-old baby in Umuahia, disappears
The baby’s parents.
Mr. Harrison’s words: “Three weeks ago, this couple came to the saloon and the lady told my wife that she was looking for a good salon to make her hair.
“She said that they moved into the neighbourhood a few weeks ago from Port Harcourt and had been searching for a good salon to make her hair.
“My wife welcomed them, thinking that they were genuine, not knowing that they had another thing in mind.
“From that day, the ‘couple’ started visiting the saloon on a regular basis and were admiring my children, especially the 10 months old Emmanuel.
“The lady told my wife that they have been married for two years without a child and have been praying for a child like my son.
“They come around every day to greet my wife, thereby creating a kind of familiarity. 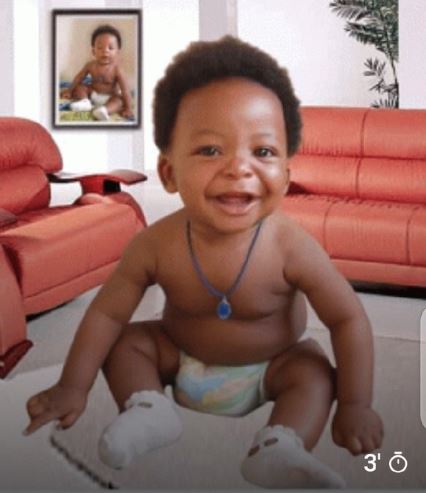 “On Friday, the couple came to inform my wife that the wife would be making her hair on Saturday, but my wife told them that since Saturday was clean-up day, they should come in the afternoon.
“They returned later on Friday with the excuse that they would not be chanced on Saturday afternoon. The man even bought roasted yam and ate it while my wife was preparing the attachment to make the wife’s hair.
“While my wife was working on the attachment the lady gave my wife a padlocked bag and told her not to let her husband get hold of the bag because it contained money, which she didn’t want her husband to see.
“It was while the stylist was busy preparing the attachment that the woman left while her husband took away the child, telling neighbours that she was taking the child to Shoprite to shop for him.
“On realising that both husband and wife were nowhere to be found, my wife raised the alarm. On opening the bag, they discovered that it contained only serviettes.
“The matter was reported to Central Police Station, Umuahia.
“Now, it is like my wife is developing mental issues. She has not eaten since then and would say that her son is crying and needs her.”
Top Stories