A former Nigerian lawmaker, Dino Melaye has won his case that has been pending in court. 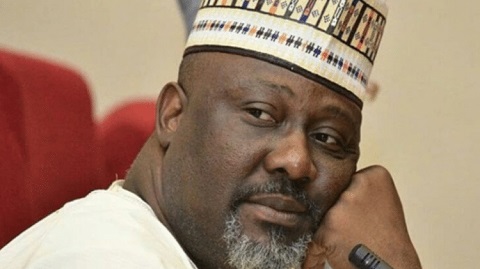 Dino Melaye
A court in Abuja High Court on Tuesday, discharged Senator Dino Melaye in the suit filed by the Federal Government, over alleged false information.
Senator Melaye, who until recently, represented Kogi West in the Senate, was dragged before the court on a two count charge.
The charges bordered on allegedly giving false information to the Police.
Ruling on Senator Dino’s No Case Submission, Justice Olasumbo Goodluck held that the prosecution counsel failed to establish a prima facie case against him.
Dino was alleged to have, sometime in April, 2017, deliberately given false information to the Police to incriminate the then Chief of Staff to Kogi State Governor, Edward David Onoja.
Melaye allegedly gave the name of Onoja, who is now the deputy governor, as the mastermind of an assassination attempt on him.
Top Stories