Popular singer, Peruzzi who has been currently under fire after r*pe allegations were levelled against him has reacted to the claims. 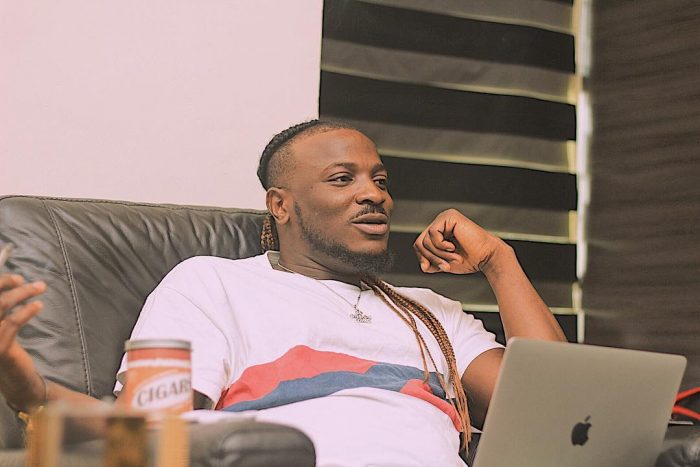 Peruzzi has responded after his old tweets were dug up to show him talking about raping women and promoting rape.

In tweets shared between 2010 to 2013, the singer spoke casually about raping women, threatened to rape women and admitted to rape . In one tweet, he joked about the cost of a rape fine.

In others, he said things like, "I will rape her", "person wey I don rape already", and "rape am if she no gree".

The screenshots were available on his timeline until hours ago when he began deleting them all after a woman accused him of raping her in 2012.

Responding after the screenshots of his old tweets were shared by multiple Twitter users, Peruzzi, wrote: "MY NAME IS OKOH TOBECHUKWU, I HAVE NEVER AND WILL NEVER BE A RAPIST." 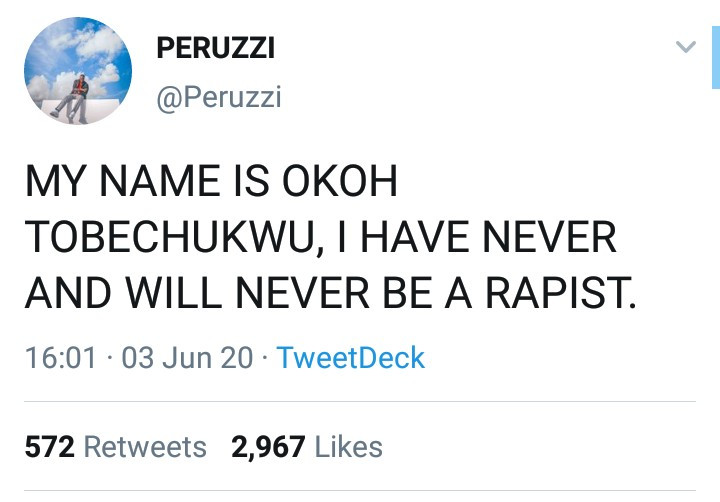 However, Twitter users responded and asked him to explain his old tweets that seem to glorify rape. 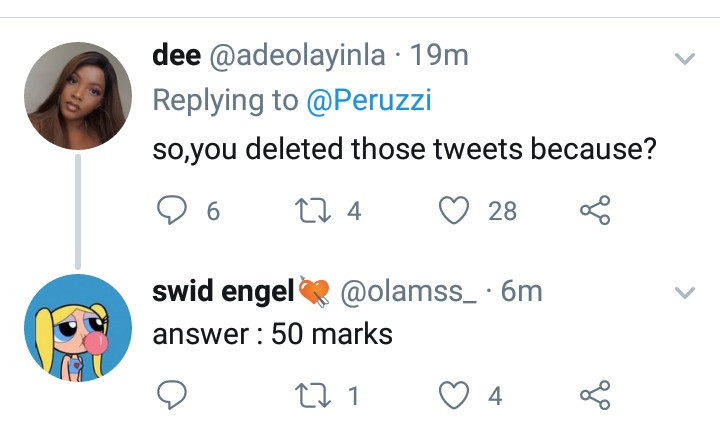