What looks like a concrete fence decorated with hundreds of iPhone 6 smartphones has gone viral in Asia after a TikTok video surfaced. 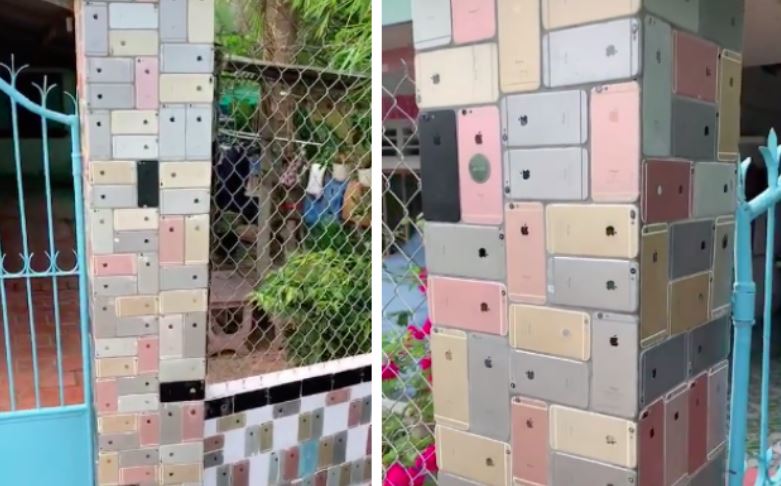 The iPhone 6 is not the latest Apple phone but there are still millions of phone users out there who can’t afford to upgrade to a newer iPhone and would rather hold onto their sixth-generation Apple smartphone.

On the other hand, someone out there is using hundreds of the same iPhone 6 smartphones as decorative tiles for a house fence.

What looks like a concrete fence decorated with hundreds of iPhone 6 smartphones has gone viral in Asia after a TikTok video surfaced.

There are arguments as to whether the iPhones are authentic or just decorative stickers.

It is possible that all the iPhones are not real but the video also shows that some of the phones are at least real.

The TikTok video was posted by Vietnamese user @minhhienapple last week and the video has so far been viewed over 1.7 million times.

Apparently, the owner of the house displayed in the viral TikTok clip decided that iPhone 6 smartphones were better than regular stone or ceramic decorative tiles, so he used several hundreds of them to beautify their concrete fence.

The location of the house remains uncertain but the video description is in Vietnamese and the scenery definitely has a Southeastern-Asia vibe about it.

You can watch the video HERE.