Israeli Archaeologists found cannabis residue on artefacts at an eighth-century temple in Tel Arad in the Negev desert, south of the occupied West Bank. 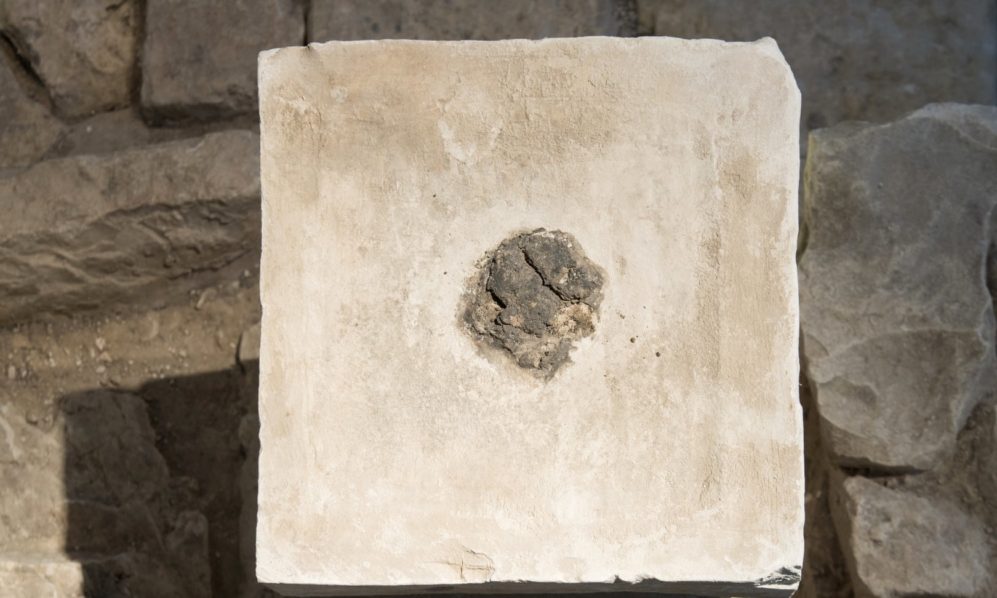 Cannabis residue on artefacts from an ancient temple in Israel | Image: Laura Lachman/AP

It is likely that ancient Israelites got high on cannabis during religious rituals, according to archaeologists who found traces of weed at an old temple in Israel.

Israeli Archaeologists found cannabis residue on artefacts at an eighth-century temple in Tel Arad in the Negev desert, south of the occupied West Bank.

Writing in a journal article published by Tel Aviv University’s Institute of Archaeology, they said the find was “the earliest evidence for the use of cannabis in the Ancient Near East”.

“The presence of cannabis at Arad testifies to the use of mind-altering substances as part of cultic rituals in Judah,” they said.

The temple was first discovered in the Negev desert, about 95km (59 miles) south of Tel Aviv, in the 1960s.

However, the composition of black deposits found on two limestone altars in the temple’s inner sanctum, now located at the Israel Museum in Jerusalem, remained a mystery for decades.

According to the researchers, chemical analysis of the samples conducted at Israel’s Hebrew University and Technion Institute found that one altar contained the psychoactive compounds found in marijuana, and the other had traces of frankincense – one of the ingredients mentioned in the Bible for the incense sacrifice in the ancient Jewish Temples.

The kingdom of Judah lasted from around 940 to 586 BC and centred on Jerusalem. It was destroyed by Nebuchadnezzar, king of Babylon.

“It seems likely that cannabis was used at Arad as a deliberate psychoactive, to stimulate ecstasy as part of cultic ceremonies,” the researchers said.

The discovery has caused a buzz online in Israel, where 21st-century smokers use smartphones and encrypted messaging to order weed deliveries. Medical use of cannabis is allowed in the country but police frequently boast of drug busts.

The researchers said they were surprised by the discovery.

The team has called for further research to better understand the practice and its breadth.