A man called out and accused of being a pedophile after he was seen sucking his sister's lips has apologized. 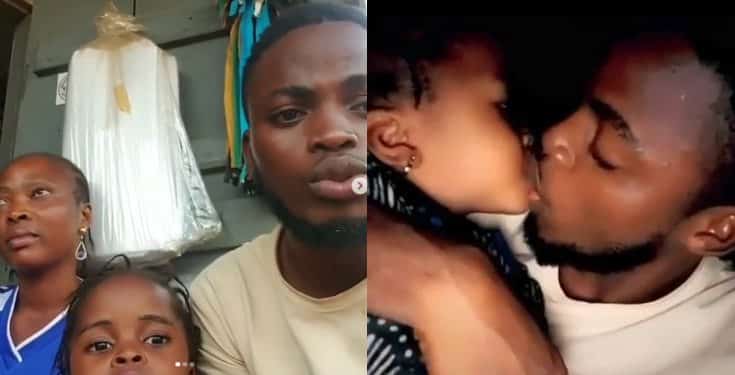 Adeyeye Babatunde
A final year student of Lagos State University, Adeyeye Babatunde has tendered an apology after he was spotted in a viral video sucking the lips of his little sister.
He was labeled a pedophile after the video went viral.
While apologizing, Adeyeye claimed that he only French kissed his sister out of likeness. He also promised that the incident won’t happen again and begged people to “die it down”.
A lady believed to be the mother of the girl added that there’s nothing going on and the man was just “playing” with the girl.
Watch the video below:

"I just made the video unto likeness, I never knew it will go viral" - Man apologizes for sucking his little sister's lips. . Follow @mediagist for more exclusive updates.