The WBA, WBO and IBF world champion joined hundreds of others on the peaceful protest on Saturday afternoon. 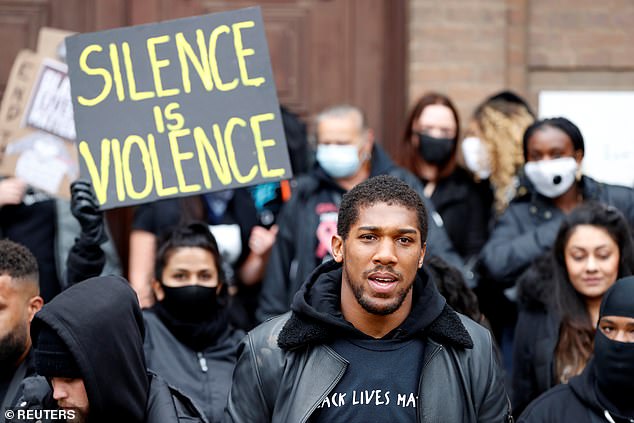 Heavyweight boxing champion Anthony Joshua was seen hobbling on crutches as he showed his support for the Black Lives Matter movement by joining a protest match in his hometown of Watford.

Wearing a black hoodie with the movement's name on the front, the WBA, WBO and IBF world champion joined hundreds of others on the peaceful protest on Saturday afternoon.

At one stage, Joshua, who walked with crutches and wore a leg brace as he recovers from a training injury, addressed those gathered over a microphone. 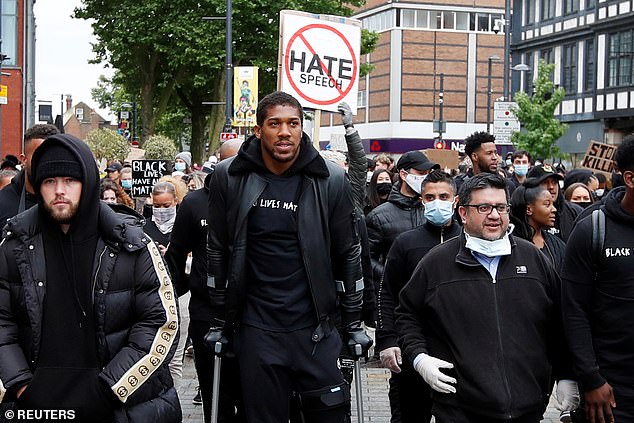 Joshua's spokeperson confirmed to Sportsmail that his injury is not serious, saying: 'Anthony felt a slight twinge in his knee whilst training. The brace Is a precautionary measure on the advise of physios. It will be further checked by his doctors but there is no immediate concern.'

Joshua is the latest high profile sports star to back the BLM movement following the death of African American George Floyd, who was killed by a white police officer in Minneapolis, United States.

Police officer Derek Chauvin has since been charged with second degree murder after a video emerged showing him kneeling on Floyd's neck for almost nine minutes while he laid on the floor in handcuffs.

His death has sparked a series of sometimes violent protests across the United States and demonstrations around the world. 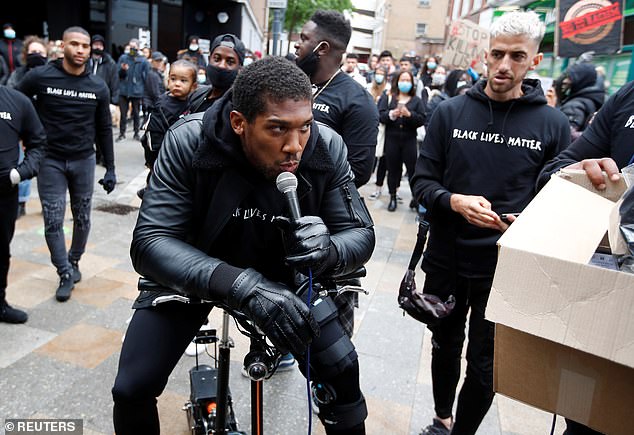 The Mayor of Watford, Peter Taylor, said: 'I was horrified to see the shocking murder of George Floyd and I know that this, and events like it, have caused pain to so many people.

'It's important we always stand up and challenge every form of discrimination, racism and injustice.

'I'm proud to be mayor of a diverse town, where people from many different backgrounds care for one another and share in each other's successes and struggles. This is a source of strength for our town.' 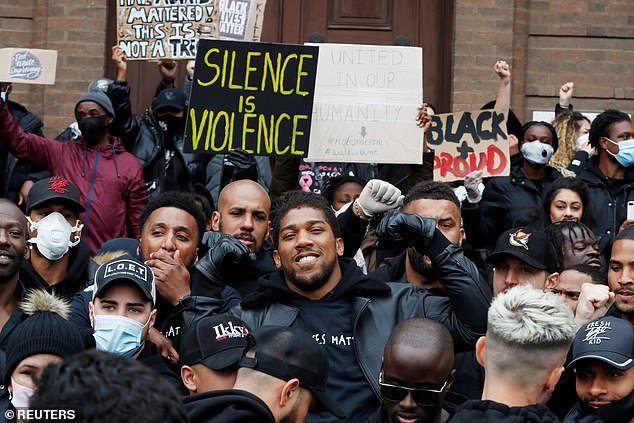 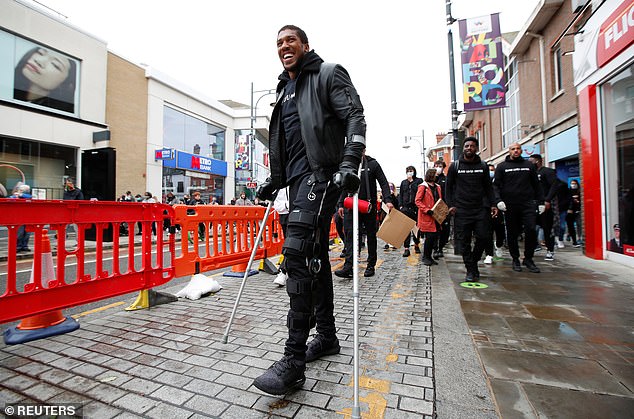 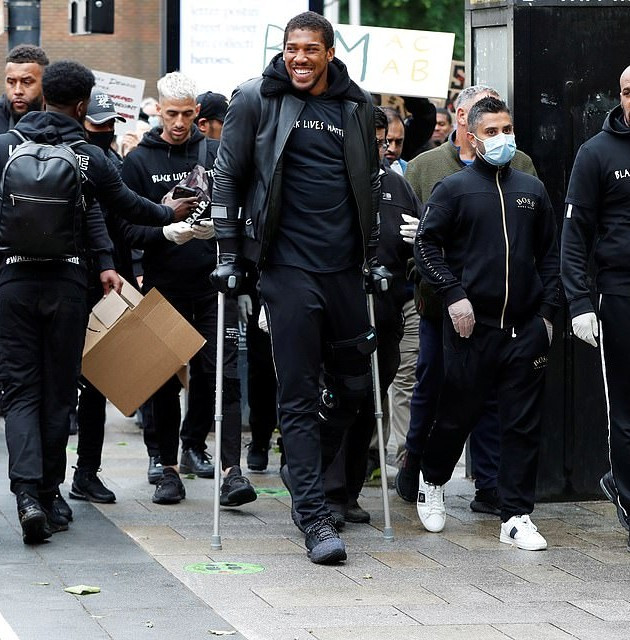