Kingsley Akhigbe about the spate of rape in Nigeria and ways to help the victims and their families overcome the impact. 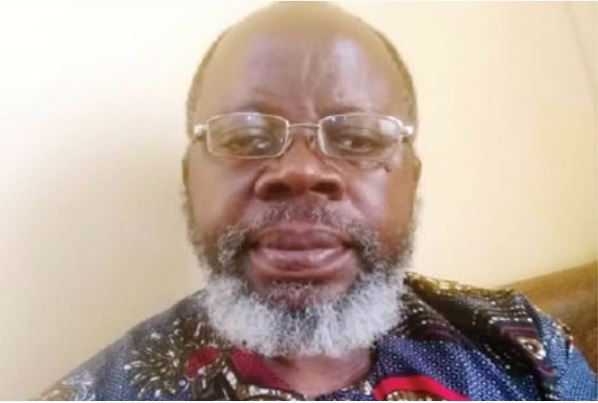 Professor Kingsley Akhigbe is a consultant psychiatrist at the University of Benin Teaching Hospital, Edo State. He talks to ALEXANDER OKERE about the spate of rape in Nigeria and ways to help the victims and their families overcome the impact

Rape has been given different definitions. What should Nigerians understand about it in simple terms?

Rape is a forced sexual contact with someone who does not or cannot consent. It is forcing sex on someone who does not want it, is intoxicated or not legally old enough to give consent. For such, we count as rape. It is regardless of gender, but when we talk about rape, the female gender is more commonly referred to.

Are there certain social, psychological or environmental factors that could give rise to rape?

Some people think it is a mentally ill person that will carry out sexual assault. But research actually shows that most rapists do not have mental disorder. Of course, there are people who may have severe mental illness and commit rape or show abnormal sexual behaviour, which may be related or directly linked to the loss of inhibition. Patients who have bipolar affective disorder may become sexually disinhibited, leading to such offences. But by and large, those who commit rape are actually mentally stable. In other words, they are devoid of a diagnosable disorder.

There seems to be an upsurge in rape cases in Nigeria. What do you think is responsible for that?

It is like the world has become so disordered and many expressions of disordered behaviours and abnormalities in the way people behave are all coming to the fore, perhaps, as a result of the general upsurge of the stresses of daily living. And our value systems have commonly been disrupted. So, it’s like we are in a Sodom – everybody is just doing whatever they like and a number of persons may be on drugs. We have had instances of fathers raping their children and older people descending on younger girls. So, it (rape) cuts across all ages and not restricted to youths, who may be under the influence of drugs and the likes.

On May 27, 2020, a young female student of the University of Benin was raped and killed in Edo State, and there have been reported cases of rape and murder in Oyo and Niger states in the last two weeks. What impression do these give you?

For the case in Benin City, the issue of raping the young lady before she was murdered raised questions in my mind as to whether people are so devoid of a conscience that they could go to that extent. I also wondered what could have kept her there (in a church) all alone studying at that time; many things don’t seem to tie up, I must say.

Many people wonder why criminals resort to raping their female victims. Can this be explained?

To start with, there are a number of beliefs people have that suggest women are sex objects, that the male sexual drive is uncontrollable and that women are physically easier to overcome. There are some myths that seem to have been entrenched among some people. Some of them are that women ask for sex with the way they dress and behave or that they could avoid being raped if they really want to. But none of these myths is factual. The problem can certainly not be the woman who is raped as it is with the rapist whose mind appears to suffer cognitive distortion – errors in cognition that allows the offender to rationalise and minimise the perceptions and judgement that are used by the sex offender, who seems to justify his own behaviour. At that point, he may seek to act as though he has enough grounds for his action, whereas, he doesn’t.

There has been widespread condemnation by Nigerians online of the spate of rape cases in society, but some see this as a plethora of anger that may not be effective in addressing the problem. What’s your take on that?

I think the response on the social media is now becoming a typical response to any outrageous event. People seem to be thirsty for what used to be known as breaking news. The noise (on the social media) dies down after some time once there is something that appears to be more outrageous than or as outrageous as the previous one. If we hear tomorrow that some people came together and committed suicide by jumping into the (Lagos) Lagoon, people will begin to talk about suicide. So, I don’t see the rage depicted on the social media as being really critical. However, it may speak to the people in authority and motivate the judiciary to take cases of rape or attempted rape seriously by dishing out punishments to rapists.

There have also been calls for parents to educate their male children about embracing good moral behaviour. Can that help?

Honestly, charity begins at home. Social studies in the primary and secondary schools were geared towards promoting a conscience that feels for other people. But those things have been overtaken by the rush for many things. In the religious sense, preaching these days is more about how to make it, money and materialism; it is no longer about being God-fearing and having respect for life. The level of violence depicted in the social media has hit hard at the average young person. It is no longer difficult to see children looking or forwarding posts of people being slaughtered or molested. How do such children begin to have value for life?

Most certainly, it’s not only for boys but also for girls. Girls ought to be more aware that the average male is never to be entrusted with the totality of her safety. There are cases of gang rape and date rape, following social media interactions. They (females) go out to meet guys at some joints and before they know it, they end up in some other places and their drinks are contaminated, and then a group of boys have a go at them.

Do you think the punishments stipulated in our laws are strong enough to address rape?

I think if cases are followed up according to the law and if investigations are thorough and fair, the rapists will get what they deserve in court. The weak implementation of our laws is reducing the seriousness of rape as a criminal offence. How many of such cases of rape do we hear have attracted many years of imprisonment for those convicts?

What are some of the mental health effects of rape on the victims?

The first is post-traumatic stress disorder, which is an extremely debilitating disorder occurring after a highly traumatic event. It was found that almost one-third of all rape victims develop PSD at some time in their lifetime. They are more likely to suffer anxiety and other mental health-related problems. Rape victims also end up with problems of substance abuse. The mental health problems also include suicidal thoughts and suicide. Many rape victims have thoughts of guilt and terror and blame themselves for the assault. After such, survivors may feel that their bodies are not really their own. So, such negative emotions linked to sexual abuse may predispose survivors to depression, anxiety, post-traumatic disorders, personality disruptions and the likes.

How does rape affect the survivor’s ability to start a family?

Some survivors have fertility issues. There is a possibility of sexual assault resulting in pregnancy, and in cases where a young female gets pregnant; giving birth may be an issue. That problem may persist for a long time.

Why do many rape victims find it difficult to report or talk about the incident?

For the males, the shame and embarrassment may be particularly overwhelming. A male victim may see himself as having been feminine or not being strong enough to ward off an attack. Some of such male victims may have been assaulted by persons of the same gender. But for the females, it is obvious that the shame, embarrassment and the consequent discrimination that they may experience make it difficult for them to speak out. The average girl wants to present herself as a virgin.

What impact does it have on the victims’ families?

The social impact is obvious. Their parents may feel guilty, that there was something they could have done to prevent it or that they were not protective enough of their daughter or didn’t train her properly, even when it is obvious that it was not the girl’s fault. The family bears the big brunt of the stigma; it carries that negative appeal all over the place.

How can families help rape victims reintegrate themselves into society?

Social and family support is very important for victims of sexual abuse. Sometimes, if there is a need for counselling by mental health professionals, it may be very helpful because the victim’s self-esteem may have been shattered by the assault. They don’t need condemnation.

What type of professional help can they get?

They can get therapy without judgment. Victims need empathy, not sympathy. Counsellors and therapists are trained to help people facing challenges in their lives. They can help individuals navigate conflicts, resolve internal struggles and address mental health conditions.