This is how much the killing of George Floyd has disgusted not just America, but the world as Black Lives Matter protesters in England destroyed a more than 100-year-old statue honouring a slave trader. 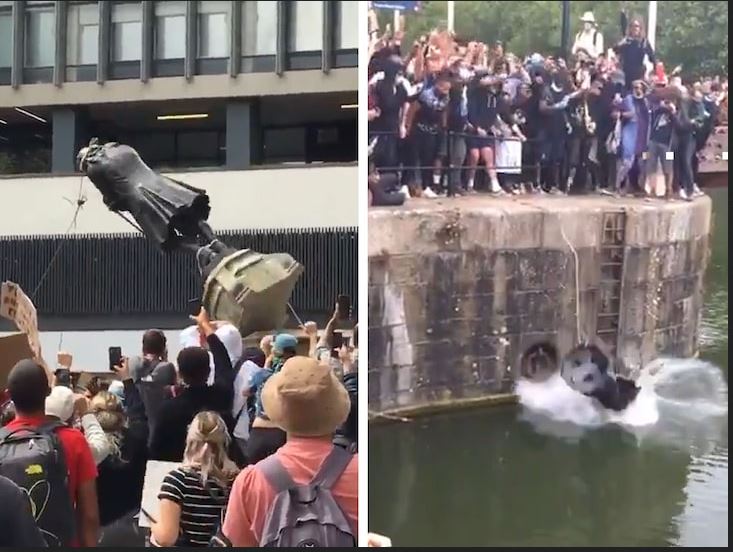 Black Lives Matter demonstrators in England have taken down a more than 100-year-old statue commemorating a slave trader.

The memorial honoring merchant slave trader Edward Colston was destroyed by the crowd in Bristol while protesting the murder of George Floyd. They used ropes to remove the bronze statue of Edward Colton from its base. Protesters then dragged it to the River Avon and threw it in the water, where it quickly sank.

The statue had been a fixture in Bristol since 1895, as a tribute to Colton, who traded approximately 84,000 African men, women, and children to the Caribbean and North America.

There have been a number of petitions demanding the statue be dismantled, however, nothing was done, so the demonstrators decided to take matters it into their own hands.