Dr Sokoto, who has a large following on Facebook, shared the post at a time there is a growing condemnation against r*pe across Nigeria. 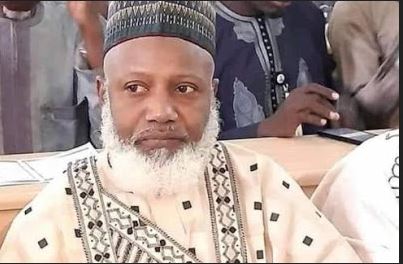 A Sokoto State-based Islamic Cleric, Dr Mansur Sokoto, has sparked outrage on social media for sharing someone’s Facebook post, which narrated the story of how a five-year-old girl r*ped an adult male.

Although the story portrayed the five-year-old girl as the one, who seduced the adult male, many commentators said it was a case of an adult r*ping a minor and portraying the victim as seductress.

Dr Sokoto, who has a large following on Facebook, shared the post at a time there is a growing condemnation against r*pe across Nigeria.

Many see the post shared by the cleric as an attempt to change the narrative on r*pe and blame women and girls for the scourge. 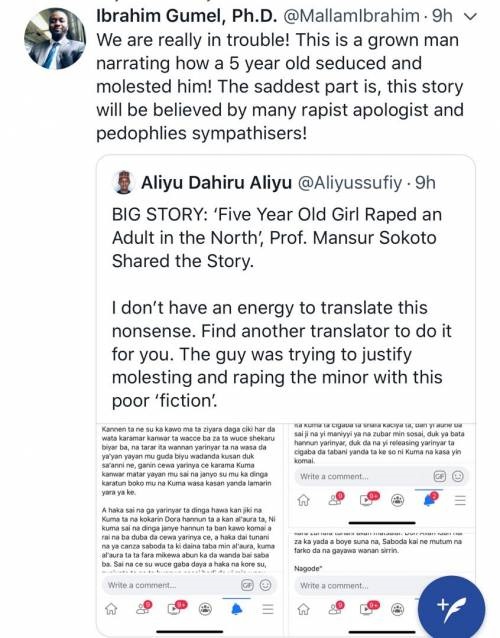 A journalist, Aliyu Dahiru Aliyu, shared the post on Twitter, expressing disappointment while others pointed out that they were grossly shocked that an Islamic cleric can share such a story especially at a time when cases of r*pe of minors was becoming rampant in Northern Nigeria.

Some commentators called for the arrest of the person, who narrated the story.

Many also called on the police to launch an investigation and arrest narrator of the story for raping a minor. 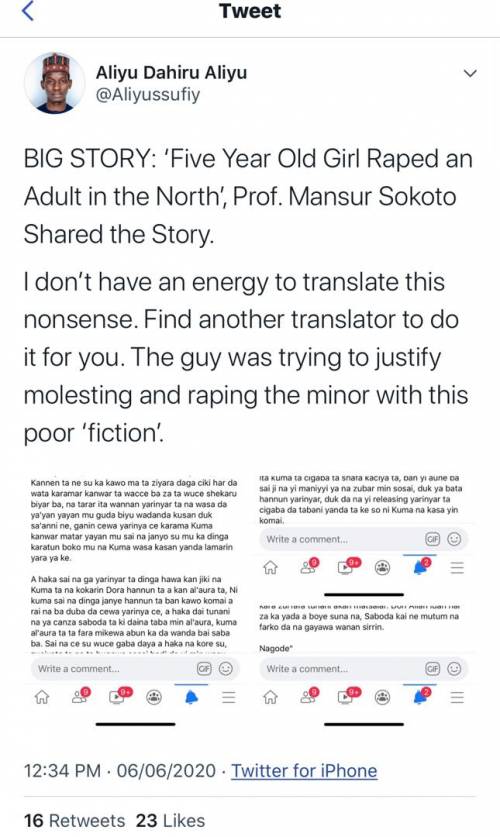