Amazon founder, Jeff Bezos has said he is happy to lose some customers who are not happy that he is supporting #BlackLivesMatter protest. 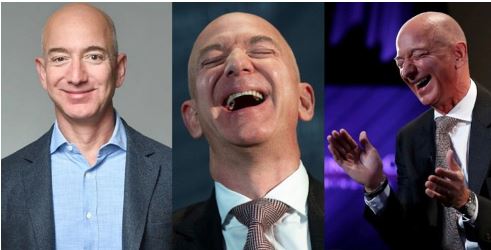 Jeff Bezos
American business mogul, Jeff Bezos has said his goodbye to racist customers who are against his support for the #BlackLivesMatter campaign.
The billionaire took to his Instagram page to share mails he received from racists after throwing his support for the #BlackLivesMatter campaign.
Some customers sent him mails expressing their displeasure that he is supporting racial equality.
Recall that he also announced $10 million donation to outlets advocating for racial justice in America and beyond, following George Floyd’s death.
Sharing screenshots of some emails he received from aggrieved Amazon customers on Instagram, he bade them farewell.
See conversations below: 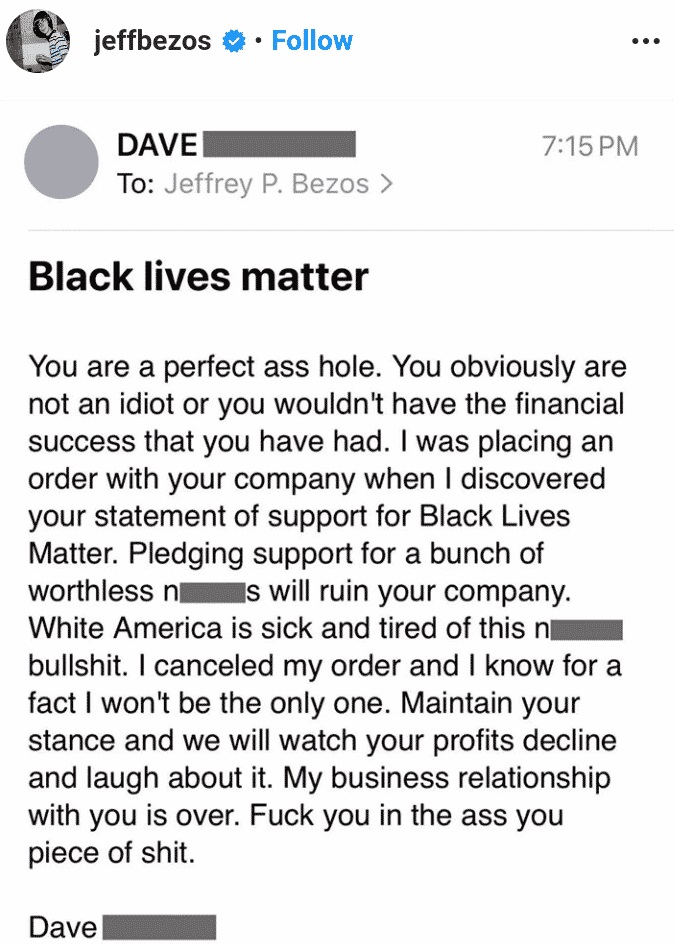 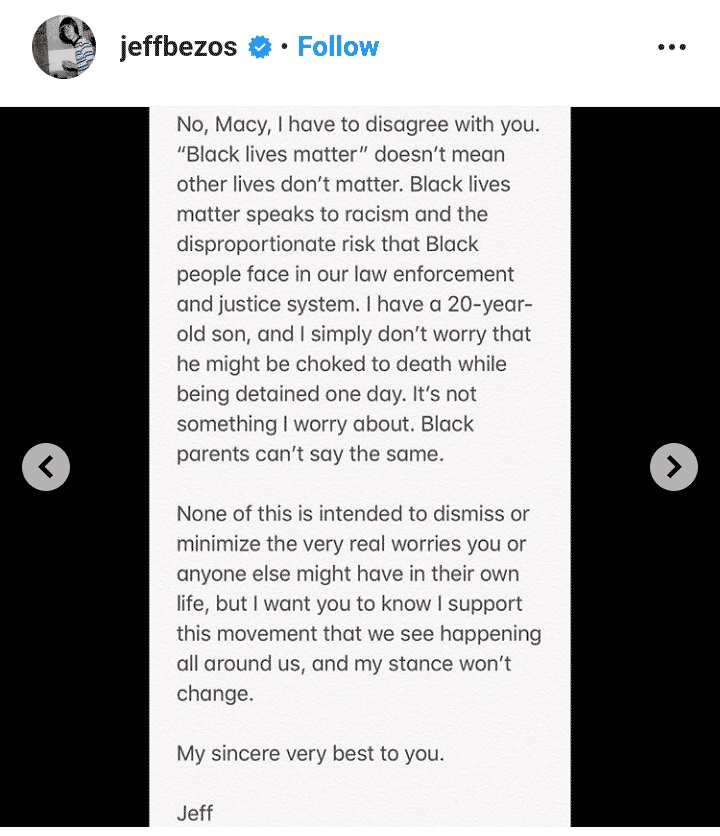 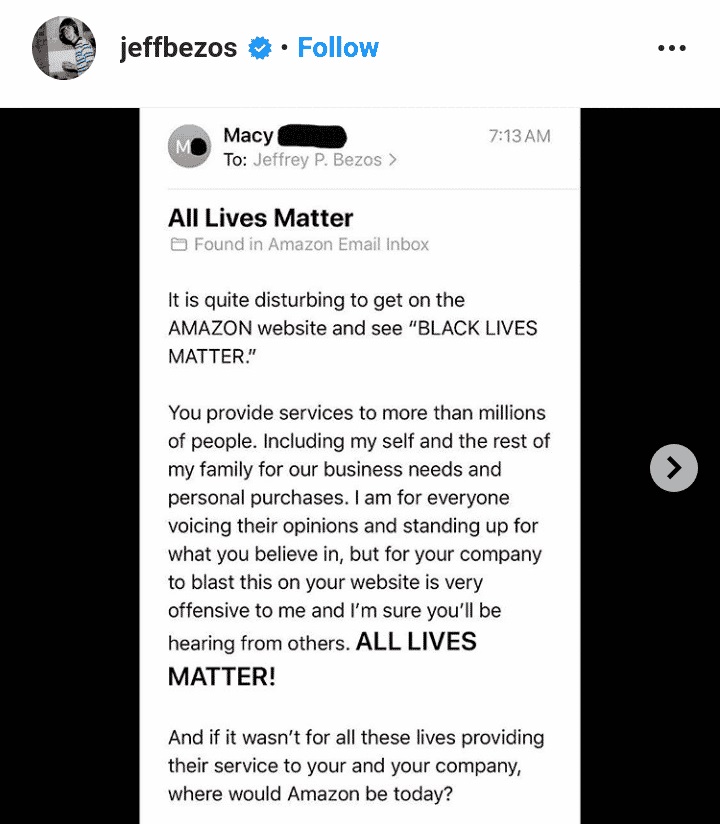 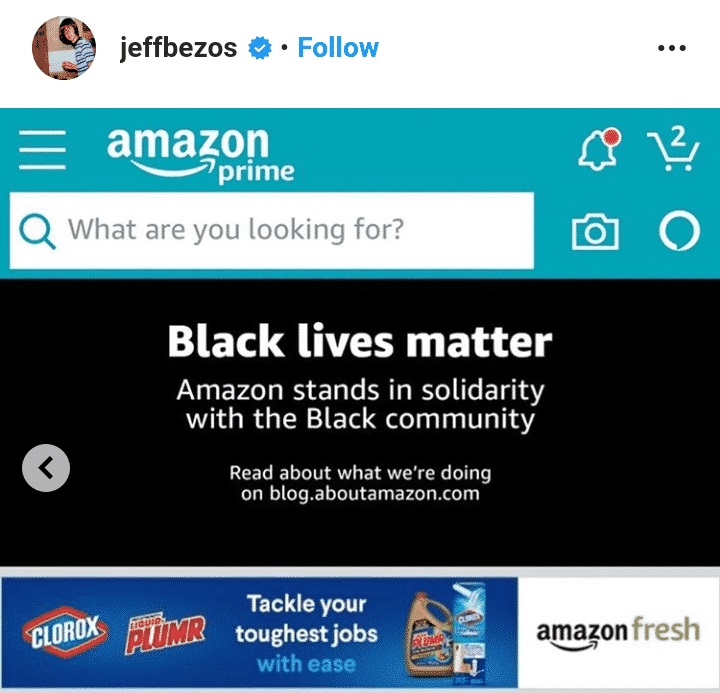