The Federal Govt has arraigned alleged Taraba State kidnap kingpin, Wadume and six others on 13 counts bordering on terrorism. 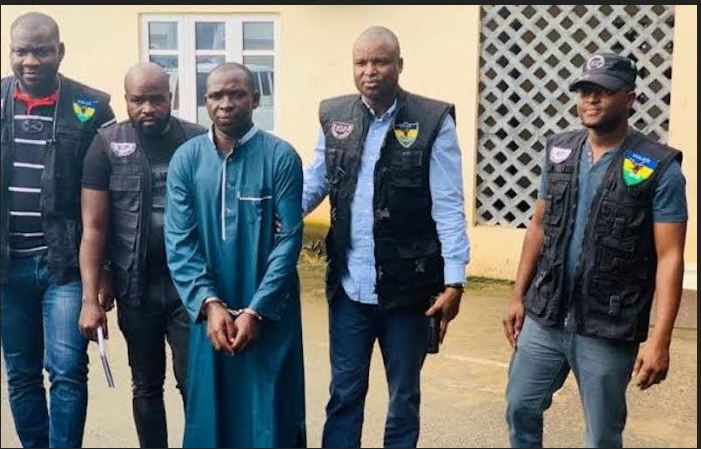 Suspected Taraba kidnap kingpin, Alhaji Hamisu Bala aka Wadume was on Monday June 8 arraigned before before a Federal High Court in Abuja.

Though the case was initiated through a 16-count charge filed on January 21 this year, by Simon Lough (an Assistant Commissioner of Police) in the name of the Inspector General of Police (IGP) and with 20 defendants, only seven of the 20 defendants were in court on Monday June 8.

This is coming after a lawyer from the Federal Ministry of Justice, Shuaibu Labaran told the court that the Attorney General of the Federation (AGF) had taken over the prosecution of the case pursuant to his power under Section 174(2) of the Constitution. He said the case file was handed to his office the previous day on June 2 as he sought for more time to enable the prosecution put its house in order, liaise with the arresting and investigating agencies to ensure that all the defendants are brought to court.

Aondona A. Iorbee, an Assistant Superintendent of Police (ASP), Ahmad Suleiman (aka Dan Ball) and Hafizu Bala (aka Mai Welder) were also absent.

The defendants all pleaded not guilty when the charges were read out. Wadume's lawyer,  Y. D. Dangan subsequently told the court that he had a pending bail application for his client, who he claimed was critically ill and coughing out blood.

Justice Binta Nyako however ordered that the defendants be remanded in the custody of the IG Intelligence Response Team (IRT) and also directed that they be granted access to their lawyers while in custody.

The case was adjourned till June 22 for commencement of trial by the Judge who also directed the police to give proper medical care to the defendants and within the police facility, adding that a medical report on the health of the first defendant should be submitted to her.

Recall that Wadume and others were arrested following last year’s ambush on a team of policemen who had gone to arrest him at his residence in Taraba state in 2019. Three policemen died in the incident.