Popular Indigenous rapper, Zoro has filed a petition against the Instagram user that called him out for rape. 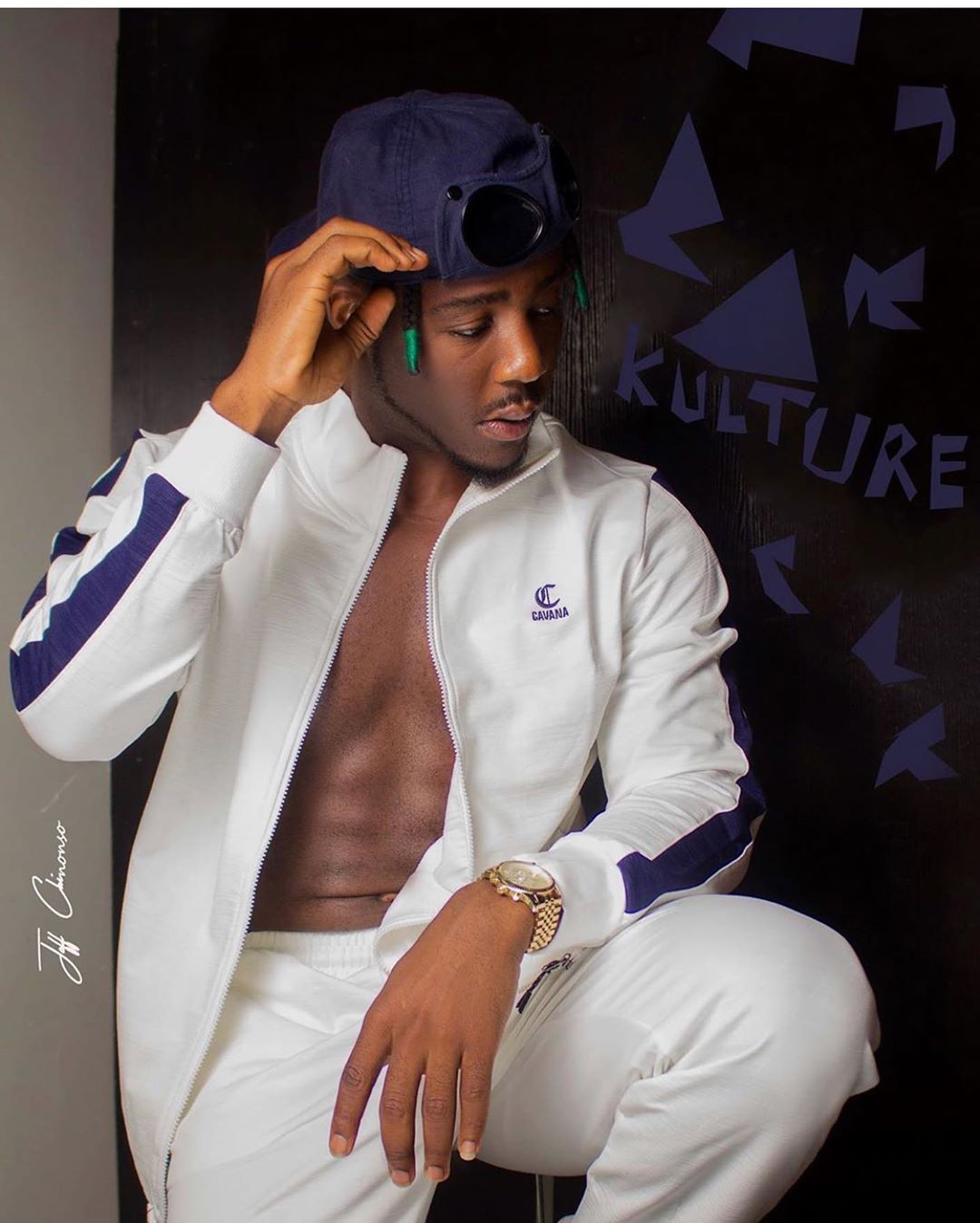 Indigenous rapper, Owoh Chimaobi Chrismathner better known as Zoro, has petitioned the police over the rape allegation leveled against him by an Instagram user.

The Instagram user @mystic_sweetness had alleged that the rapper raped her in his friend's house in Magodo area of Lagos on April 20, 2015.

On Saturday, June 6, Zoro denied the allegation and vowed to challenge it in court.

Today he petitioned the police, demanding an investigation into the allegation.

Posting a copy of the petition online, Zoro wrote;

Further to my last post, my team (legal and management) and I have reported the rape allegation leveled against me to the Nigeria Police.

I want to implore you my fans, friends and family to kindly disbelieve any lies from the unscrupulous lady while the Police continue their investigation on the matter.

I am more than certain that my innocence will vindicate me eventually.

Finally, it is important to fight against false rape accusation. The implication of false accusation on the ‘falsely accused’ is grievous and causes mental, and psychological damages which can affect business and personal relationships. It will also deter rape victims from speaking up because of disbelief and stigma.

Thank you very much for all your calls, messages and well wishes during this period.'' he wrote. 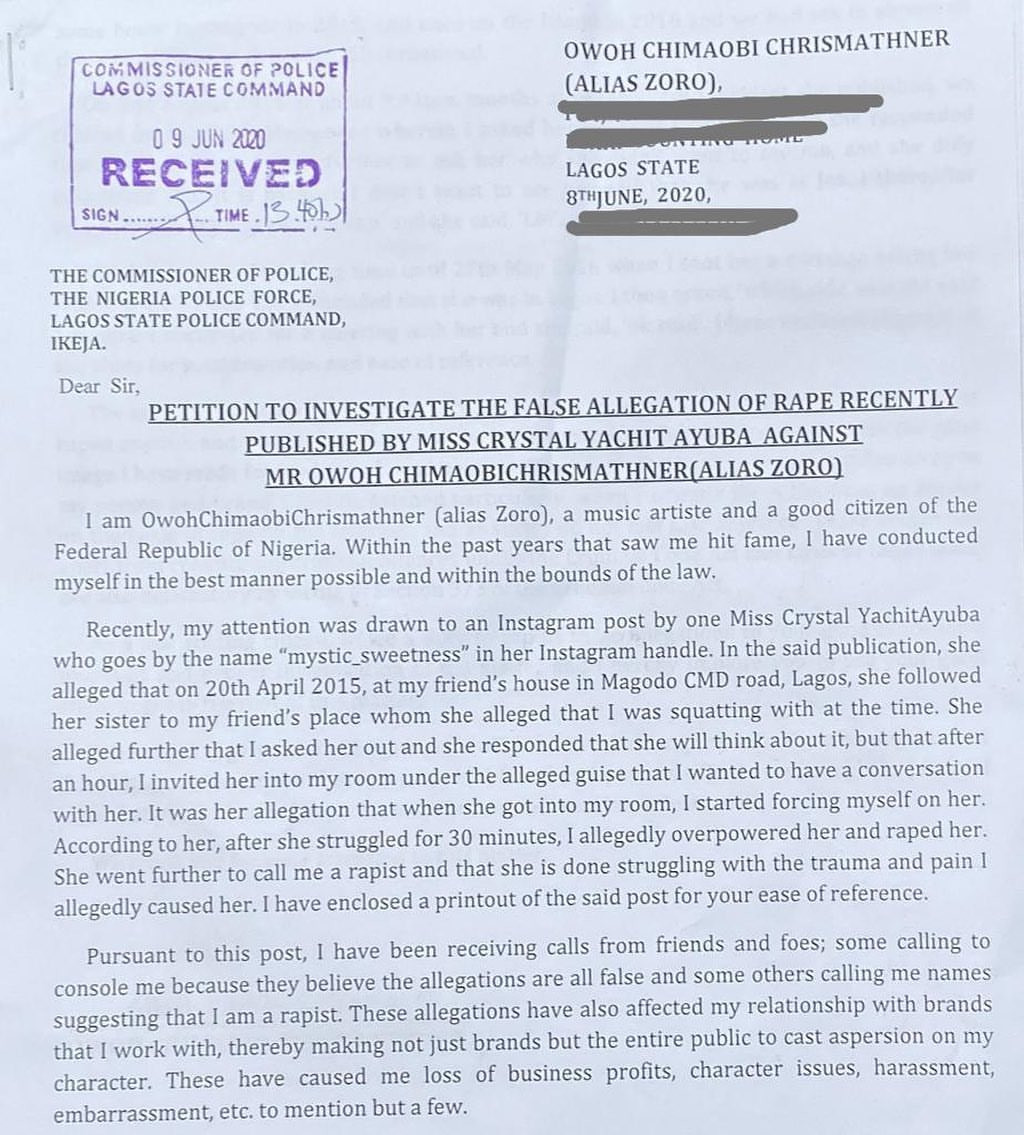