A Russian social media influencer has shocked her followers by announcing that she's pregnant for her stepson. 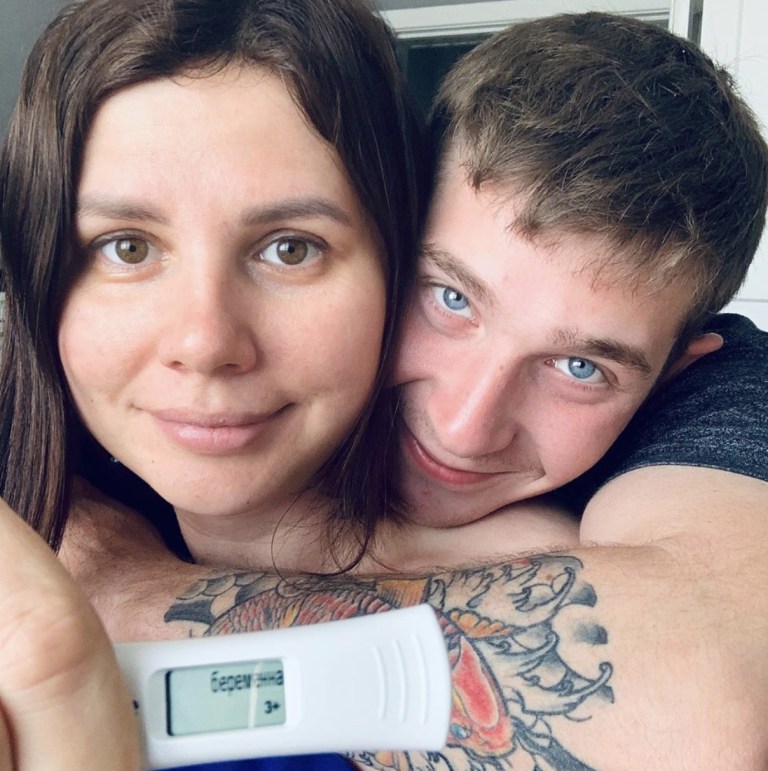 Marina Balmasheva said she's in love with her stepson
A popular Russian influencer, Marina Balmasheva said she's tired of hiding as she announced that she is pregnant for her 20-year-old step son.
The news came as a shock to many when 35-year-old Marina shared a video to her thousand followers where she showed the moment she and 20-year-old Vladimir ‘Vova’ Shavyrin found out they are expecting a baby.
She wrote below the video: “I’m tired of hiding… Everything is possible in this world. We are four weeks and yes. That is why we decided to get married.”
Marina Balmasheva was married to Vladimir‘s father, Alexey, 45, whom she was married to for 10 years until they recently got divorced.
Marina, who hails from the western Russian region of Krasnodar Krai, reportedly adopted her ex’s five children while they were together.
Last month she sparked outrage after sharing a photo of herself with Vladimir 13 years ago when he was aged seven.
Beneath the picture, she wrote: “You never know how life will turn out and when you will meet a person who makes you smile, I know that some will judge us, others will support us, but we are happy and wish you to be as well.” 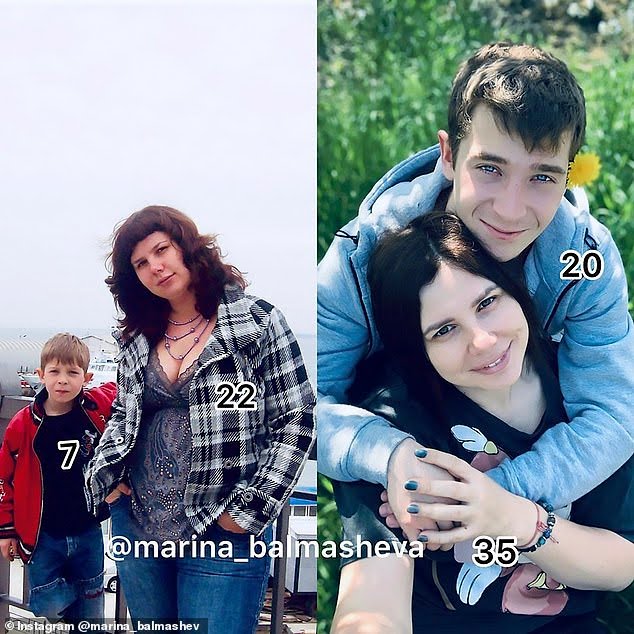 Marina added she is very much in love with Vladimir, and the couple are helping to raise three of his siblings, according to reports.
Commenting on his son’s relationship with his ex-wife, Alexey is convinced she seduced his son.
“She seduced my son, Vova is not capable of that. He had not had a girlfriend before her,” he said.
“They were not shy to have sex while I was at home. I would have forgiven her cheating, if it wasn’t my son. She was running to my son’s bed from our bedroom when I was sleeping.
“After that she was coming back and lying in bed with me as if nothing had happened. When I found out about everything, I demanded a divorce.”
Top Stories