The police have rescued a sixty-year-old man from the hands of kidnappers in Delta State. 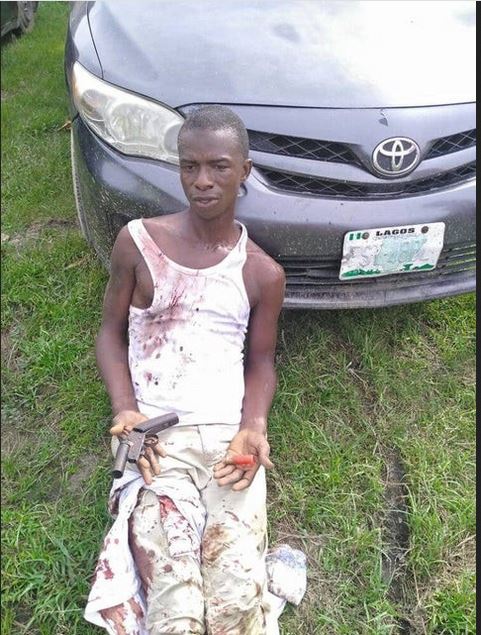 A 60-year-old man, Oghenekaro Isiakpere, has been rescued from his abductors in Delta State.

The victim was kidnapped by three gunmen while inside his Toyota Camry car at the site of his new building at Okomo Grace Close, Aladja Community in Udu Local Government Area, Vanguard reports.

However, a police patrol team, supported by the local vigilante, pursued the gunmen.

During the chase, the car of the suspected kidnappers crashed into a pavement on the road, forcing two members of the gang to flee on foot, leaving behind their gang member, Ogaga Iyeye, who was apprehended.

The Delta State Commissioner of Police, CP Hafiz Mohammed Inuwa confirmed the incident. He told the publication that the Police also recovered one cut to size gun, one live and one expended cartridge and the victim’s Phone from the suspect.

CP Inuwa said, “The victim was also successfully rescued unhurt, his vehicle recovered and taken to the station while investigation and efforts to track down the fleeing suspects are ongoing.”