A court has handed a prison sentence to a 21-year-old man who forced himself on an 8-year-old girl in Ogun state. 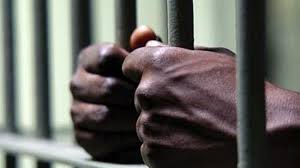 File photo
A 21-year-old man, Musa Anifowose, has been sentenced to two years in the correctional centre for raping an eight-year-old girl by an Abeokuta Magistrates’ Court in Ogun on Wednesday..
Anifowose, who resides at No. 2, Isale Iyemule, Ijebu Ode, Ogun State was sentenced on a one-count charge of sexual abuse.
The Magistrate, I.O Abudu, said that all the evidence tendered in court had convinced the court beyond a reasonable doubt that the convict was guilty of the offence.
She sentenced Anifowose to two-year imprisonment without option of fine. The magistrate also ordered that the convict be taken to the Oba correctional center to serve his jail term.
Earlier, the Prosecutor, Insp Bukola Abolade, told the court that the convict committed the offence on May 1 at about 9:00 am, at No. 6, Agbaje Street, Sabo area of Ijebu-Ode.
Abolade said that the convict had carnal knowledge of the girl when she was sent on an errand by her mother.
She said that the convict accosted the girl and forcefully took her to an abandoned building beside Sabo abattoir and had carnal knowledge of her.
“When she got home, the mother noticed blood stains on her cloth and upon inquiry, she told her mother what happened between her and the convict,” she said.
According to the prosecutor, the offence contravenes Section 33 of the Child Rights Law of Ogun.
Top Stories