A Video of a policeman dragging a woman tied to his motorcycle along a dirt path has triggered a social media outrage. 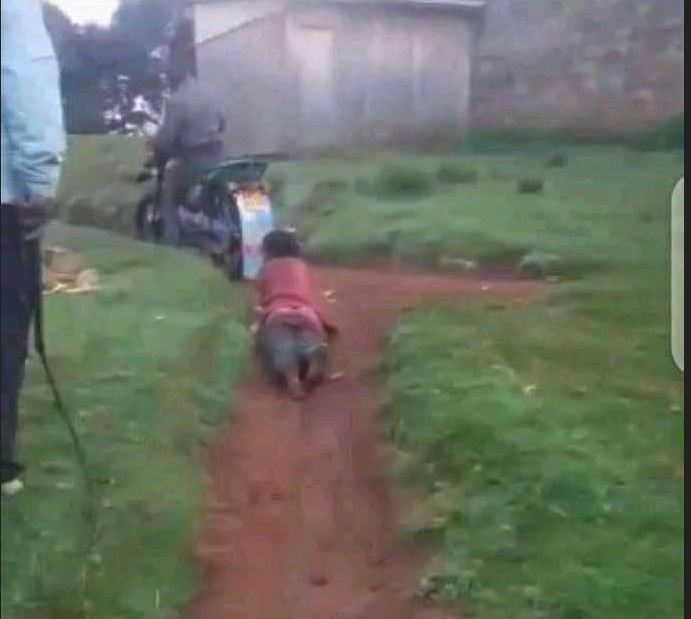 A video of a policeman dragging a woman tied to his motorcycle along a dirt path in Kuresoi, Kenya has triggered a social media outrage.

The 21-year-old Mercy Cherono who could be heard pleading for her life as she was dragged along the dirt path with a moving motorcycle, was accused of being part of a three-man gang that broke into the house of David Kiprotich, a Deputy OCS at Olenguruone police station while he was away.

Cherono was unable to escape after her alleged gang members made away with Ksh.10,000, police uniform, a TV set and a sub-woofer. It was learnt that she was dragged out of the bathroom she locked herself in by security officers, who then proceeded to beat her up before tying her to the motorcycle. In the video, a man who was cheering the OCS was also seen whipping the woman on the back while she screamed.

She is now being treated at Olenguruone Hospital in Kuresoi South after sustaining injuries to the head, chest and feet. 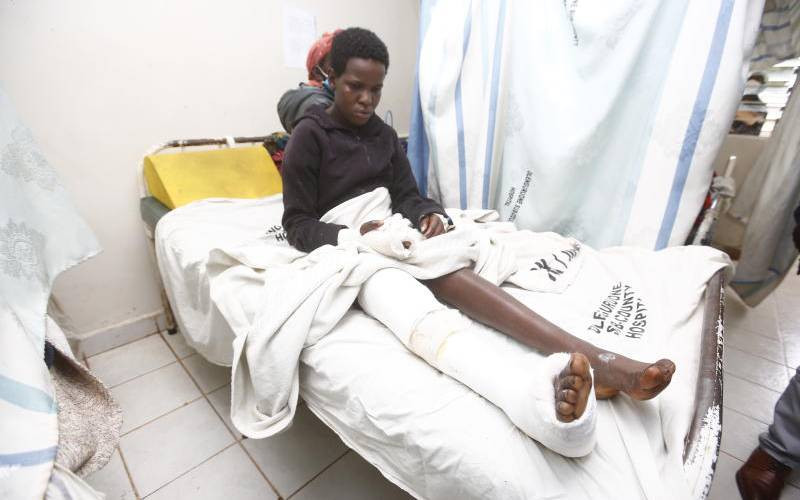 Reacting to the incident, Rift Valley Regional Police Commander Marcus Ochola stated that it was inhuman and unacceptable. He said he has ordered an investigation on the conduct of the Olenguruone OCS after the video went viral.

Also recounting her ordeal, the mother of one said she doesn't know how she survived the brutal incident which occurred on Saturday June 6.

" I don't know how I survived this. The policeman suspected I was among people who broke into his house and stole the items that Sunday morning. He said I had to be punished as he dragged me around.

"I could not resist. I accompanied him and we joined another group of people that was standing on the roadside."

Cherono added that for the next 200 meters, the officer who was riding the motorbike dragged her along before the crowd intervened.

"I pleaded for mercy but the officer couldn't hear none of that. All this time I was not aware of the crime I was being punished for."

Area OCPD Henry Nyaranga however claimed that he was informed that Cherono was attacked by a mob and not the police officer. He said investigations into the incident had been launched to establish the actual circumstances that led to her sustaining the injuries.

"Records at the station show that the lady was a victim of mob justice contrary to claims that she was attacked by an officer. The report says she was found stealing from a house belonging to one of my officers."

This occurred after the 21-year-old woman identified as Mercy Cherono was allegedly caught stealing in his (policeman) house in Kuresoi, Kenya