A complaint by the mother of the victim revealed the shocking incident at Owode Egbado police station. 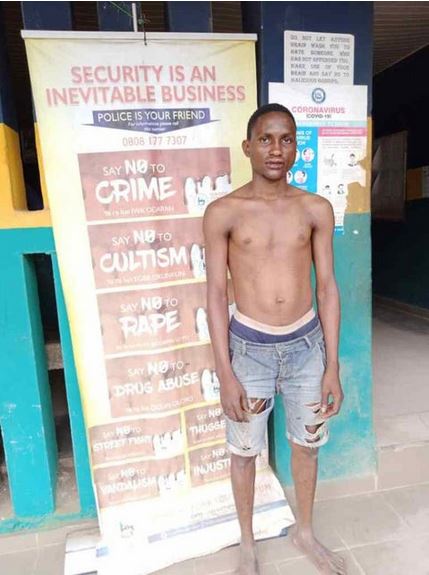 The Ogun State Police Command have arrested a 23-year-old man for allegedly defiling one of his neighbours' three-year-old child.

The suspect, Badmus Quadri, was arrested on Thursday, June 11,  following a complaint by the mother of the victim who reported the shocking incident at Owode Egbado police station.

The distraught mother told police that she saw blood in the private part of her daughter when she returned back from the market. While interrogating her daughter, the little girl revealed that it was Quadri who took her into his room and had carnal knowledge of her.

Confirming the arrest, a spokesman for the Ogun State Police Command, DSP Abimbola Oyeleye said: “upon the report, the DPO Owode Egbado division, SP Olabisi Elebutte, led her detectives to the area where the suspect who is a neighbor to parents of the victim was promptly arrested after the victim identified him.

“The victim was quickly taken to the general hospital at Idiroko where it was confirmed that she has been defiled.

He also confirmed that the Commissioner of Police CP Kenneth Ebrimson has ordered the transfer of the case to the Anti Human Trafficking and Child Labour unit of state Criminal Investigation and Intelligence Department for further investigation and prosecution.

The CP also reiterated the readiness of the command to deal decisively with anybody who involved himself in act of violence against women in accordance with the law of the land.