I Once Had A Crush On Michael Essien - Chimamanda Adichie Reveals


She made the revelation in the introduction she wrote for a picture book, Africa― The Future of Football, authored by a photographer, Pall Stefansson. 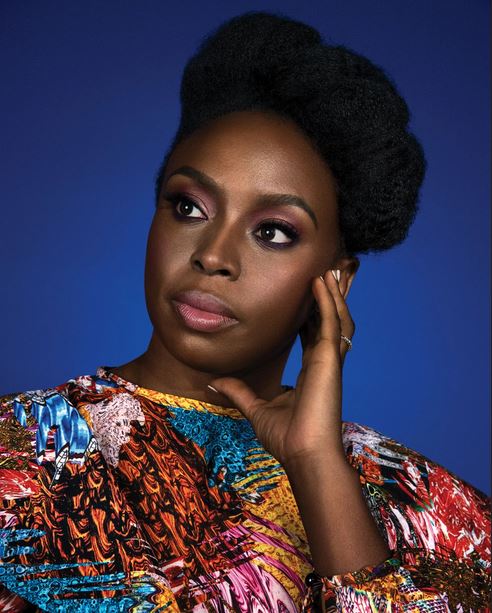 Renowned novelist, Chimamanda Adichie, has said she once had a mild crush on a Ghanaian footballer, Michael Essien, after the Ghanaian team defeated the United States at a World Cup tournament that Nigeria did not qualify for.

She made the revelation in the introduction she wrote for a picture book, Africa― The Future of Football, authored by a photographer, Pall Stefansson.

In a video posted on her Facebook page, Adichie, who recently lost her father, read the introduction (to the book), with the title, Football Nationalism.

The novelist, in the write-up, said because Nigeria was absent at the tournament, the Ghanaian team got her attention and she became ‘a Ghanaian’.

Making a point about how people often forget their differences in the euphoria of the football game, Adichie narrated how she watched the Ghana-US clash with her best friend, Uju, and how they excitedly referred to the Ghanaian players as ‘our boys’.

She said, “I watched the game with my best friend, Uju, often shouting and then hugging each other when Ghana finally beat the United States.

“You know some of our boys started playing this game without shoes’, Uju said. ‘Our boys’ were, of course, the Ghanaians.

“A small consequence of that game was my developing a mild crush on the Ghanaian player, Michael Essien, as much for his looks as for his dexterity.

“But the larger and more important consequence was my realisation that sports allowed us, black Africans, to address historical and political grievances in the most cathartic way.”

Adichie also narrated how despite their frequent quarrels over the dirty state of the compound and the attendant mice infestation, her sister, who lived in Ilupeju, Lagos State, and her neighbour became momentary friends the moment the Super Eagles beat Argentina in the finals of the 1996 Olympic Games in Atlanta.

She said, “There is no doubt that football nationalism is not peculiar to Nigerians and to Africans. Indeed, the very idea of national games is based on the premise of national identities.”

Popular Singer, Banky W Shares Some Of His Experiences As A New Dad
Recent Stories