Fear As Ghana's Minister Of Health Tests Positive For Coronavirus


Fear has gripped Ghanaians after the country's minister of health tested positive for coronavirus. 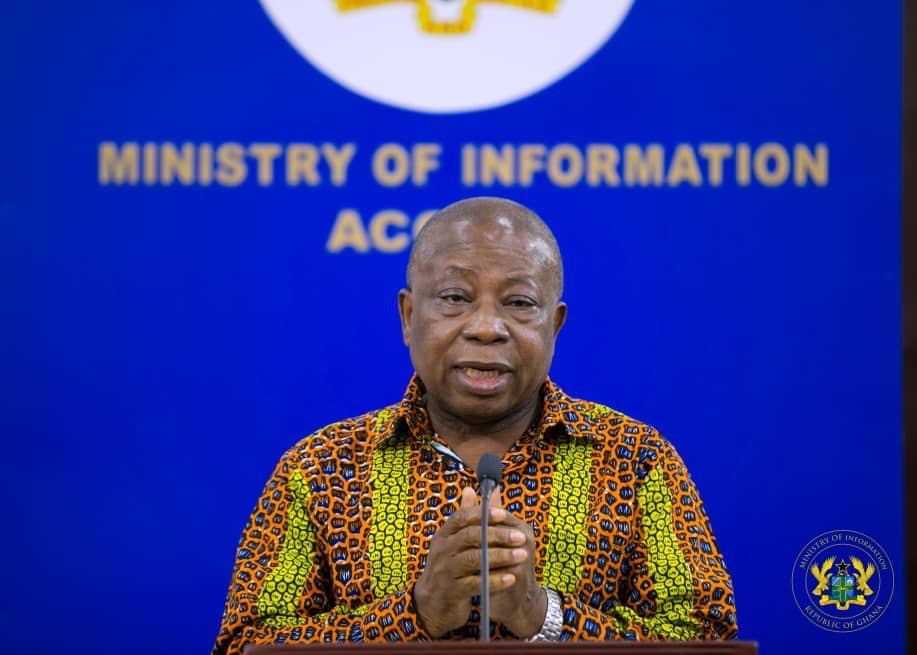 Ghana's Health Minister, Kwaku Agyeman Manu
Ghana’s Health Minister, Kwaku Agyeman Manu has tested positive for coronavirus and is currently recovering at a hospital.
Accra-based Citi FM reported that the Minister has been receiving treatment at the University of Ghana Medical Centre (UGMC) in Accra over the past week.
The minister was admitted to the hospital on Tuesday (June 9, 2020) and is “in a stable condition”.
Sources indicate that the Minister contracted the virus after his wife and son were both admitted at the Intensive Care Unit of UGMC.
The Ministry of Health corroborated the information as checks suggest that Mr Agyeman Manu has taken a few days of.
The UGMC currently has 4 patients on admission at the ICU with several others in the main wards of the hospital’s COVID-19 wing.
The Health Minister is the first high profile government official whose COVID-19 status will be known to the public.
Anytime he spoke at the bi-weekly press briefings on COVID-19 by the Information Ministry, the Dormaa Central MP called on Ghanaians to be cautious.
However, the press briefings have not been organised in a while with no explanations.
This is happening at a time when the Majority in Parliament, Osei Kyei Mensah Bonsu has expressed his frustration at how MPs, Parliamentary Service staff, and journalists who tested positive for the virus have refused to self-isolate.
The Minority Chief Whip, Mubarak Mohammed Muntaka, had insisted that two of his fellow MPs and 13 parliamentary staff had tested positive.
“What happened in Parliament and what you heard [about MPs testing positive for COVID-19] is the fact. It is the truth,” Mr. Muntaka insisted.
Top Stories