45-year-old Mother Of Four Raped And Murdered in Imo


A woman who left her house to the farm to harvest cassava has been brutally raped and murdered in Imo state. 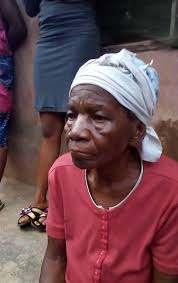 Villagers have been left in fear since Mrs. Susanna Iwuoha was raped and murdered
A 45-year-old woman, Mrs. Susanna Iwuoha has been raped and murdered by unknown men after she went to her farm to harvest cassava in Imo state.
Iwuoha, a mother of four from Alaocha, Umuchiaku, in the Lowa-Okata Autonomous community, Ihitte Uboma LGA, was found dead with her face dug into a local stream.
The woman, whose undergarments were allegedly carted away by her attackers, was discovered by a community search party after her children raised the alarm over her disappearance since June 3.
A man identified as Bernard Ekeka, who is believed to have seen the yet unidentified attackers, was also killed.
The woman’s alleged rape and murder, it was gathered, created panic in the community especially because two other women identified as Mrs Chidinma Nwokorie and Mrs Evelyn Duru have allegedly fallen victims to rapists in recent times.
Locals said they believed the perpetrators were familiar with the terrain and most likely enemies within.
Iwuoha’s 15-year-old daughter, Ugochi, said they had earlier gone to the farm together for weeding and returned home before her mother decided to go back later that day to harvest some crops.
During a visit to the community on Sunday, Commissioner for Special Projects, Simon Ebegbulem appealed to residents to avail the police any useful information to aid the arrest of the perpetrators.
Ebegbulem, who hails from the area, was accompanied on a condolence visit to the deceased’s aged mother, Madam Angela Iwuoha, her children and community leaders by the Divisional Police Officer (DPO), Etiti Division, Charles Njoku, a Superintendent of Police (SP).
He assured the people that the administration of Governor Hope Uzodinma will do everything within its power to ensure justice prevailed.
“No stone will be left unturned to ensure that the perpetrators of these henious crimes are brought to justice. The administration of Governor Hope Uzodinma, as you all know, is a listening and compassionate one.
“The governor has within the short time in office made a lot of inroad in the areas of security and infrastructural development. The administration has zero tolerance for any form of criminality, and in no time, the perpetrators will be fished out and made answerable to the law,” he said.
The DPO urged the residents to identify the culprits, noting that those who committed the crimes were no strangers to the locals.
“The issue is that it is a community affair. The community knows those people, because, they are living with them. They should come to the police to give us useful information. They will be protected.
“Traditional rulers, opinion leaders, vigilante groups, should assist us here. Security is not a one-man affair. This is the third case within this area,” said the DPO.
Top Stories