Governor Abdullahi Ganduje of Kano state has supported the disqualification of Governor Godwin Obaseki from the All Progressive Congress governorship primary. 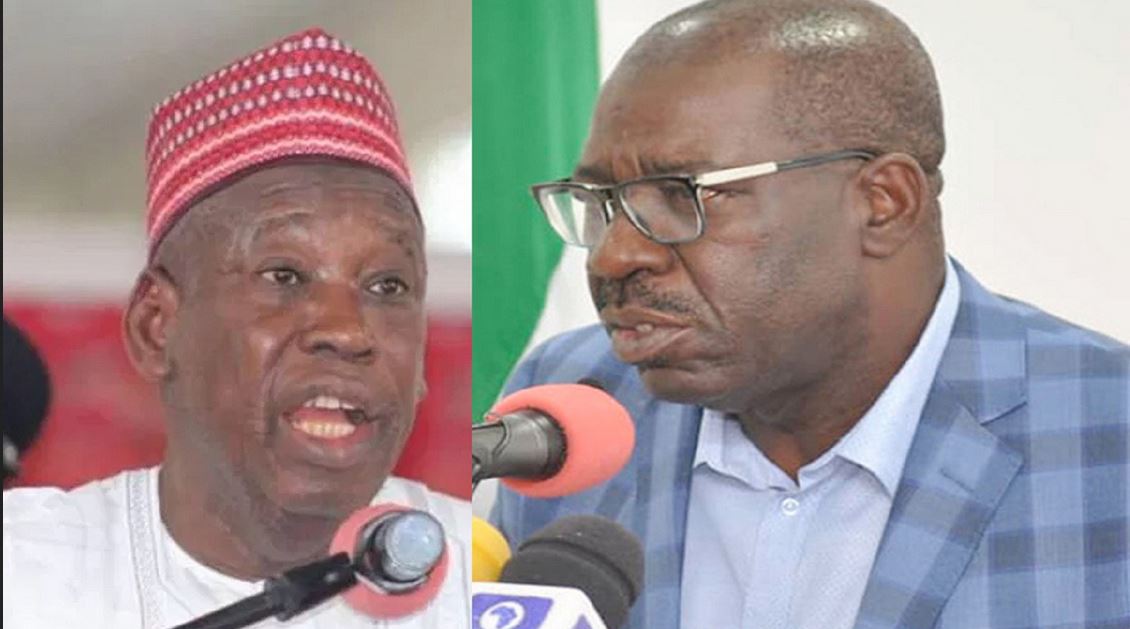 The Governor of Kano State, Abdullahi Ganduje, on Monday, said the decision of the All Progressives Congress (APC) to disqualify his colleague, Edo State governor, Godwin Obaseki, from seeking reelection on its platform was the right one.

Recall that while Osagie Ize-Iyanmu said to be backed by the national chairman of the party Adams Oshiomhole, was cleared, Obaseki was disqualified over alleged “defective certificate”.

Reacting to this while speaking to newsmen on Monday June 15, Ganduje backed the decision by recounting how the APC won a clean election in Bayelsa state but lost to the opposition party on point of legality at the court.

“As far as Edo is concerned, we are worried about the legality of our action. We believe the national headquarters of our party is doing all it takes to stay in the right course.

“We are conscious of legal implications, we don’t want to overlook anything that will turn to be our albatross, the issue of Bayelsa state where we won an election and taken away is still fresh in our memory”.