Revealed! Check Out The States With Candidates Who Had The Highest Scores In 2020 UTME


Incidentally, all these candidates actually applied to study engineering, it has been reported. 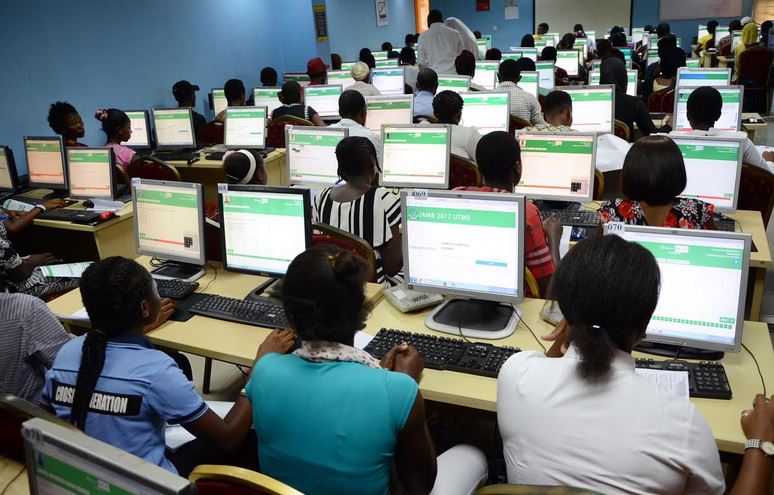 The Joint Admissions and Matriculation Board has revealed the states of origin of 13 candidates with the top 10 best results in the Unified Tertiary Matriculation Examination, The PUNCH reports.

Incidentally, all the candidates applied to study engineering.

The candidate with the highest UTME score in Nigeria is Maduafokwa Egoagwuagwu Agnes from Anambra State who scored 365 over 400.

Two candidates – Ojuba Mezisashe Shalom and Elikwu Victor Chukwuemeka – from Edo and Delta states respectively, shared the third position with a score of 359.

Ojo Samuel Oluwatobi from Ondo State and Utulu Jebose George jointly share the 7th position with a score of 355.

Osom Akan Awesome from Akwa Ibom took the 9th position with a score of 353.

Four candidates shared the 10th position with a score of 352.

While some students may have high scores, they may not be granted admission into the university of their choice while those with lower scores may gain admission.

This is because the guideline for university admission in Nigeria is based on 45 per cent merit, 35 per cent on catchment area factor and 20 per cent on educationally disadvantaged areas factor.

Merit implies that candidates with high scores have a 45 per cent chance of gaining admission into the university of their choice while the catchments areas factor referrers to the locality of the university.

The Federal government under Nigerian Universities Commission states that 35 per cent of admitted students should be selected based on catchment area or the proximity of the university to their state of origin.

Persons from these states are judged based on a lower standard.

Speaking with The PUNCH on Wednesday, the Head, Media and Information, Dr Fabian Benjamin, said the rule of catchment area and educationally advantaged states still applies.

He said, “The rule of catchment area is still in place. I don’t know why people find it difficult to understand. Affirmative action is a global standard. It is done in the United States where blacks are given slots. Even Harvard University does it.

“If a university is to admit 100 students, 45 of them will be given admission on merit then the second level is the catchment area. Every university is grouped in particular zones. The states that are within that catchment area you will look at the merit within 0those states.

“For example for the University of Lagos, Lagos is the catchment area. It is located in the South-West and it has 35 slots, it can give slots to the best students within that zone.

“The educationally disadvantaged issue is only 20 per cent of admission and it doesn’t mean that when a person doesn’t meet the minimum benchmark, he would be admitted. That is what it is. A person who scores 80 cannot be given admission.”